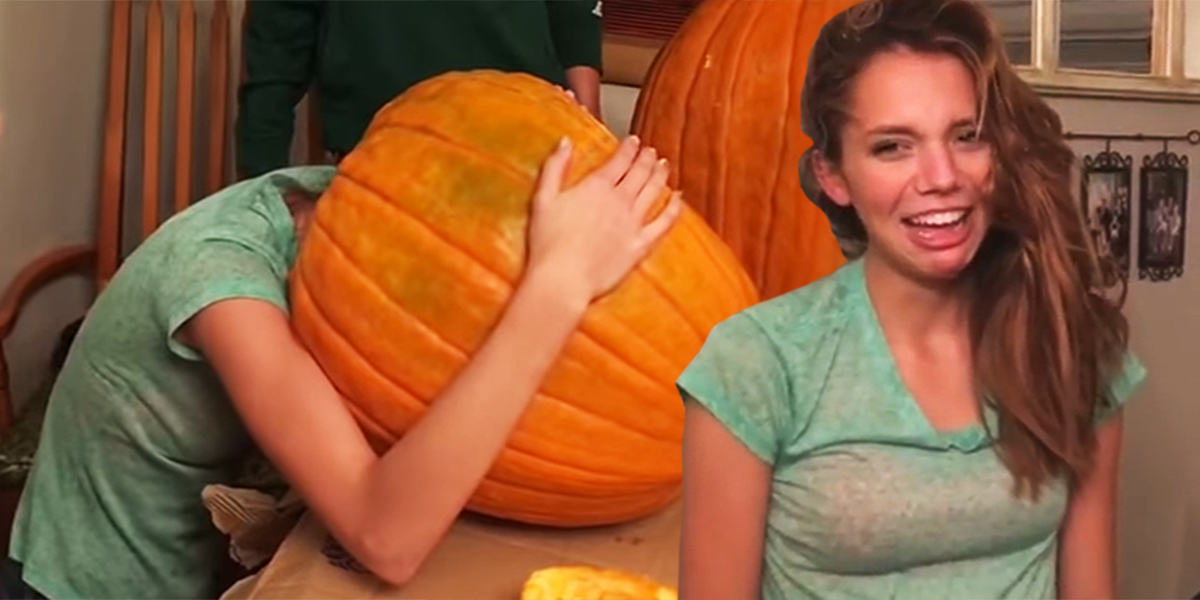 Pumpkin carving is a time honoured Halloween tradition that is usually a lot of fun – provided you don’t get your head stuck in the pumpkin of course.

Unfortunately, the girl in this video wasn’t able to follow that rule and ended up with her head stuck in the pumpkin for at least five minutes. What a dumbass.

Rachel Packer Ralph (cool name) was carving up pumpkins with her family when her mother decided to start filming them. For reasons unknown she wanted a look inside the giant vegetable and stuck her head into it, but her pony tail got stuck and she ended up looking like a complete idiot on the internet. Good one:

Lol – I wonder if she ever managed to get the pumpkin off her head. I hope not. The best part is definitely how her little brother just sings that dumb song about pumpkin carving whilst she’s screaming and totally freaking out. Seem like a really happy family right there.

For more pumpkins, check out this pumpkin carving which is like nothing you’ve ever seen before. Magical.