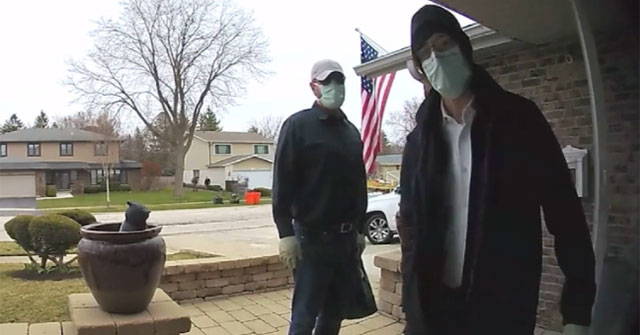 Police are investigating a home invasion that took place in Arlington, Chicago, last weekend, that left one thief dead and another arrested after the homeowner went absolutely savage on them.

CCTV shows the two thieves approaching the property and ringing the bell before forcing their way inside (with some assistance from whoever brainlessly opened the door):

According to The Chicago Sun Times, the suspect you see getting punched up and running away was arrested nearby soon after. His accomplice was shot in the abdomen while in the house and pronounced dead at the scene. I think that’s a fair result all things considered. Especially when you consider the homeowner’s two children were also home at the time.

The best part is that no charges have been filed against the homeowner for protecting his home and family, which I think we can all agree is a victory for common sense. You can never be too sure which way the pendulum of justice will swing these days.

For the Florida man who broke into the wrong 65-year-old’s house and got his face completely rearranged, click HERE. You love to see it.