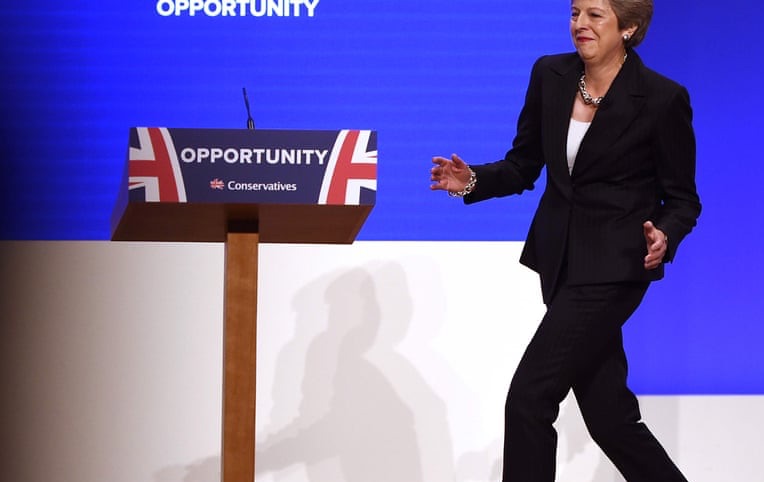 What is it about politicians that often makes them so inherently unlikeable?

I guess there are any number of answers to those questions, but maybe one of them is that they’ll do absolutely anything to appear to be normal, appealing people that you would like to sit down and have dinner or a drink with – it just never seems to work and we’ve got another great example of that below.

You’ll probably remember everyone was recently bewildered by Theresa May’s bizarre attempts at dancing on a recent trip to Africa and she kinda became a meme of it. Well, guess how she decided to introduce her big speech at the Tory Conference today? Take a look at it below, but be prepared to cringe massively.

Oh God. I mean I kinda respect the fact that she realised that she became a meme and wanted to make fun of herself so that people would like her, but to do it in such a stale, unlikeable, cringey way is almost certainly only going to make people like her less, if that was even possible.

Can’t someone in her team study how politicians like say Barack Obama became popular and try and emulate that? I guess Boris Johnson was kinda popular for a bit when he was playing an affable fool but now everyone has figured out that was all an act and he’s completely evil, why do people think it’s gonna work for May? Take a picture of her smoking a cigarette or snorting coke or something, that might make her more likeable to the everyday person in this country.

For more dancing, check out this dance track someone made with the noises from a Tesco self checkout. Serious banger.