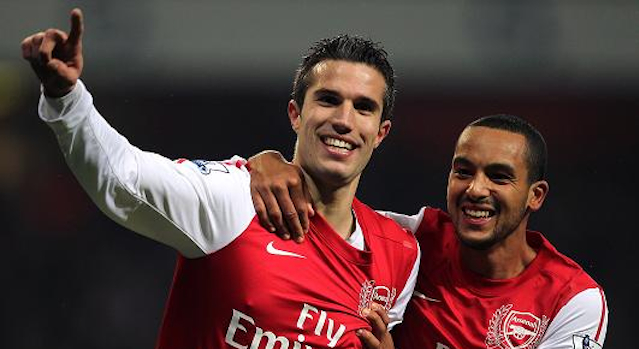 In his autobiography, there’s a part where Theo Walcott completely rips the shit out of Robin Van Persie and it completely rules.

I’m not 100% sure if this is true because I think it would have been more widely publicised if it was, but even if it isn’t it’s really hilarious so I thought it was worth posting. There’s also a good chance that nobody actually bothered to read Theo Walcott’s autobiography, which could also explain why this has gone unreported for so long.

Theo Walcott’s book – imaginatively entitled ‘Growing Up Fast’ came out in September last year and sees the England winger talk about his career, as is the case with most biographies. This includes a section where he talks about his teammates including one Robin Van Persie. I’m not sure if Theo is just bitter because of RVP leaving the Gunners for Manchester United that summer, or if he actually just hates him and thinks he’s a knob, but this extract is hilarious and make RVP seem like a complete tosser. Even if it isn’t true it’s still real funny and it’s also believable because you can see RVP being the kind of annoying person that might do this. His son is called Shaqueel you know.

Here’s hoping it’s true, although I’m not holding out that much hope. Enjoy. 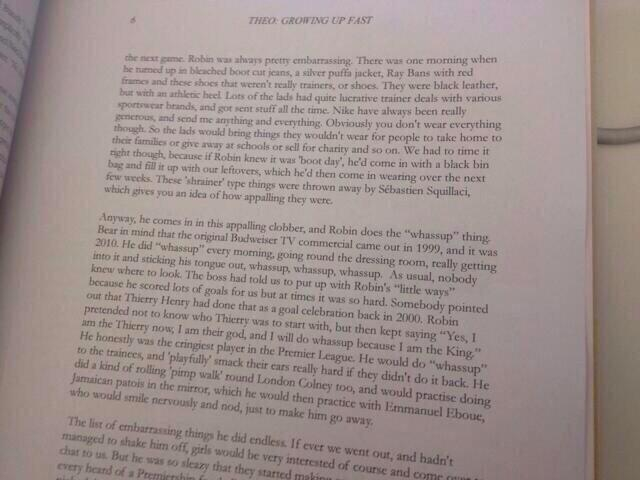