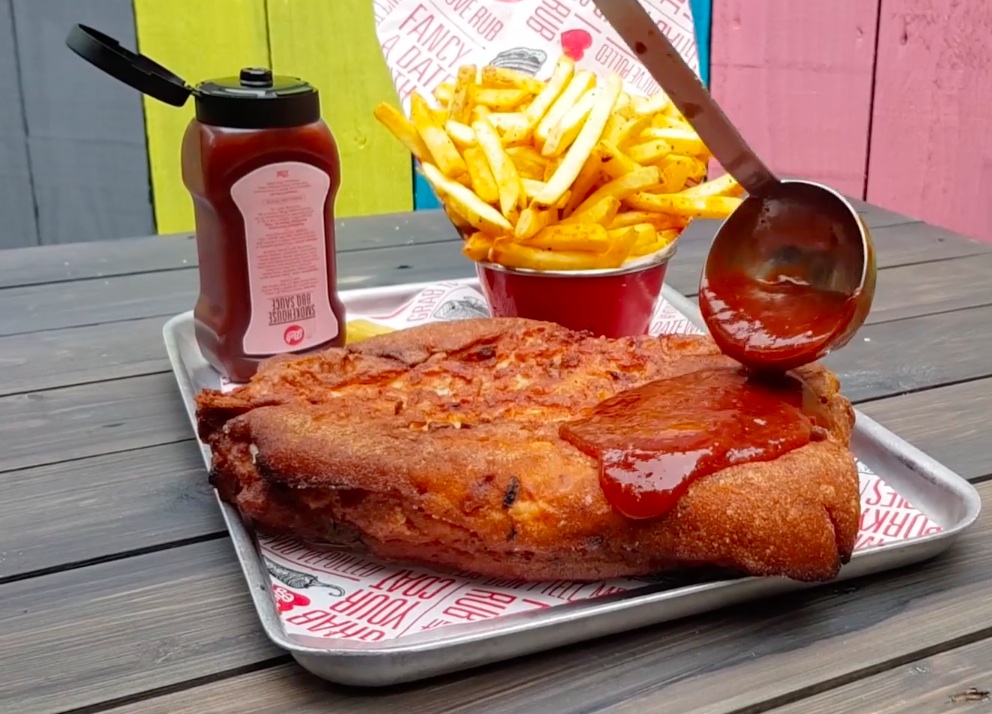 I’m a big fan of chicken nuggets I’m not gonna lie, but I think even I would have trouble justifying ordering what’s being described as the biggest chicken nugget in the world.

It’s called the Nugzilla and it’s available from Rub’s Smokehouse, which has locations in Birmingham, Newcastle, Nottingham and Beverley (wherever that is). The giant nugget is exactly what you would expect it to be – 1.5kg of chicken thigh meat, coated in flour and spices and deep fried until golden.

It even comes with its own bottle of BBQ sauce as that’s how much you’ll need to get through it. The Nugzilla comes in at 6000 calories (more than twice your recommended allowance) and is the equivalent of 85 regular chicken nuggets. It’s only going to set you back £29.95, which I think is pretty reasonable under the circumstances.

Here’s a video of it in action:

I mean yeah, it does looking incredible, but I don’t think I could ever finish it though.

Here’s what Rub’s Smokehouse founder and CEO Luke Billingham had to say about it:

The Nugzilla is born of my love of chicken nuggets. I can never get enough. We sat round one night and we thought, ‘let’s make the biggest chicken nugget we can’.

In an average portion the fat content is about 330 grams and there are 4,500 calories. There’s also another 1,200 calories in the fries alone. We’ve had quite a good take up of it. About six people have managed to eat the entire thing.

We do have a booking of 12 individuals coming in at the same time and they’re going to chop their way through it. Let’s see how it goes for them! It is a bit like marmite. You either love it or you hate it. But the response on social media has been out of this world.

No shit. The chicken nugget is out of this world! Might have to check it out ASAP.

For more chicken nuggets, check out the previous best deal I had come across in this area – McDonald’s 48 nugget bucket. So crappy in comparison to now.