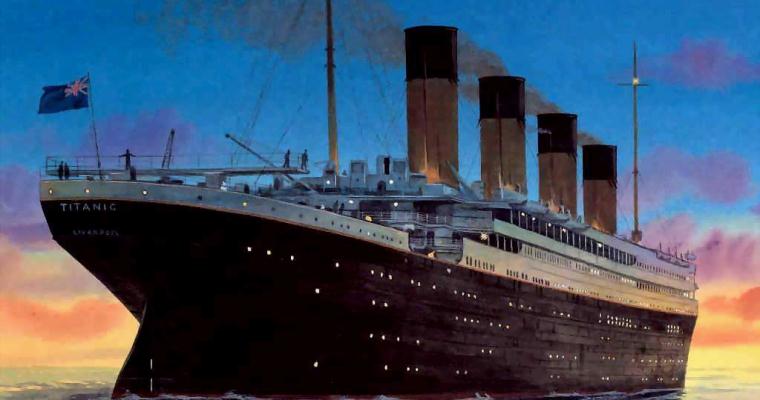 An Australian billionaire has commissioned an exact replica of the RMS Titanic. Can anyone shake that sinking feeling? 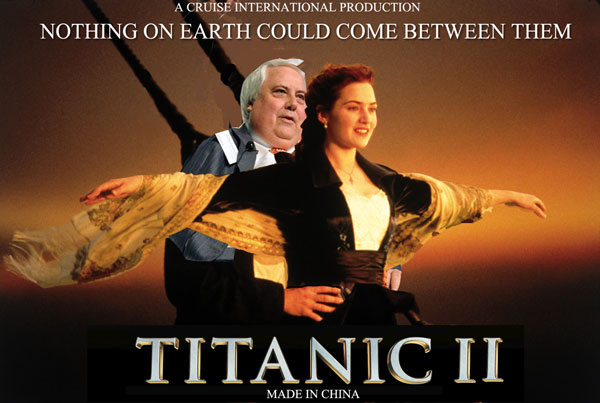 So, you remember that big ass boat they built a few odd years ago? Built in Belfast, with a route from Southampton to New York. It was supposed to be unsinkable, yet did just that on its maiden voyage. Collided with an iceberg and all that.

What was it called? Oh yeah, RMS Titanic.

Well guess what? An Australian billionaire has commissioned an exact replica of this great ‘unsinkable’ ship that sunk, as a tribute to the men and women who worked and died on it over 100 years ago.

“Titanic II will be the ultimate in comfort and luxury with on-board gymnasiums and swimming pools, libraries, high class restaurants and luxury cabins,” said Mr Clive Palmer, the billionaire in question. Okay, so perhaps it won’t be an exact replica.

It is going to be historically accurate, dimension wise, down to the nine decks and 840 rooms. The difference between the two ships will be hidden below the water line. Rather than good old coal, it will be powered by diesel; they will incorporate a bulbous bow for increased fuel efficiency; the rudder will be elongated, and bow thrusters will be added to improve manoeuvrability. Also, to keep up with the appearance of the original Titanic, they will decorate the ship with four smoke stacks.

But seriously, how many people are going to take the plunge, so to speak, and put all superstition aside? After all, it will be a ship modelled on a ship famous across the world for its impressive ability to sink.

Never fear! ‘Titanic II’ will be built by a Chinese company — CSC Jinling Shipyard. I reckon i’d feel pretty safe travelling in something built by them. After all, half the word has been ‘Made in China’, so they’ve certainly had the practice. Jinling Shipyard has also won a Guiness World Record! Heaviest launching weight of a vessel by side slipway. That’s got to be worth something right?

Mr Parker has invited the Chinese navy to escort Titanic II on its maiden voyage. Is this a publicity stunt, or is he himself unable to shake that sinking feeling?! “Of course it will sink if you put a hole in it,” said Mr Parker when questioned. He also went on to say that they were designing it to be unsinkable. Ahem…I’m sorry but isn’t that what they said about the last one?

He has commissioned three other luxury cruise ships to the same shipyard, and already invests in the tourism industry in the form of his own luxury holiday resort on the Sunshine Coast…so he must at least think he knows what he is doing.

All jokes aside, I think this will be an incredibly sought after holiday package; the Concorde of this decade. Ticket prices are bound to be sky high, so there’s nothing for us to worry about really as we won’t be able to afford them.

Titanic II is expected to make its maiden voyage in 2016, following the exact same route as its namesake. Let’s just hope there are no icebergs in its path!