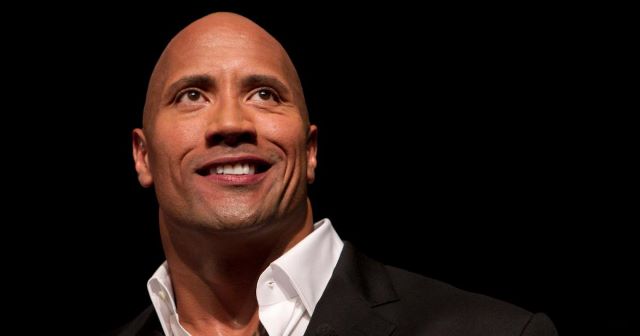 Back in 2017, The Rock admitted he would “seriously consider” running for President, and judging by what he told USA Today this week, it’s still something he hasn’t ruled out:

I would consider a presidential run in the future if that’s what the people wanted.

Truly I mean that, and I’m not flippant in any way with my answer. That would be up to the people…So I would wait, and I would listen. I would have my finger on the pulse, my ear to the ground.

If that’s what the people wanted? Is he serious? Of course the people want it! Although to be fair the last time there was a celebrity President we ended up with Donald Trump, but then again it’s not like career politicians aren’t corrupt AF as well.

Americans are always told that anyone can be President, so why not one of the most likeable, charismatic, popular and beloved mega-celebrities on the planet?

Not to mention The Rock has always been The People’s Champion, and all about about the millions – AND MILLIONS – of fans around the world. Oh you don’t think Dwayne ‘The Rock’ Johnson should be President? IT DOESN’T MATTER WHAT YOU THINK!

If the host of The Apprentice can become President, then I see no reason why The Rock can’t. Yeah OK he’s probably completely out of touch and has no idea what he’s doing politics-wise, but he seems a great dude, so that’s a start. He’d have my vote if I was Yank, not least for the chance we might see him land a People’s Elbow on his opponent at the Presidential debates. Make it happen!

For the time The Rock met the nWo for the first time on an episode of Monday Night Raw, click HERE. Classic moment.