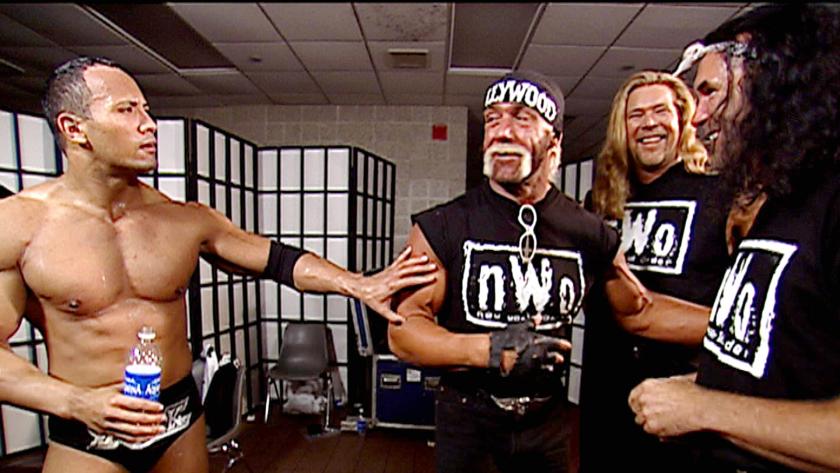 It’s a shame that The Rock and the nWo weren’t in the same promotion while pro wrestling was at its peak, but if they had been the dynamic in this video would never have been possible.

Hulk Hogan, Scott Hall & Kevin Nash had just made their move back to WWE after WCW crumbled, and this was their first meeting with the man who had become a bigger star than all 3 of them in their absence – The Rock:

Boom – roasted. Of course The Rock had to put these three in their places considering all the work he (and Stone Cold) did carrying the promotion after they fucked off to WCW in 1996 and returned with their tails between their legs in 2002. I love how he referenced all their alter egos and bodybagged them all one by one just running through all his catchphrases. You just know Vince McMahon was watching this and loving every moment of his #1 star asserting his dominance over the WCW big boys.

This also led to one of the most epic matches of all time later that year – The Rock Vs Hulk Hogan at Wrestlemania in front of the most rowdy crowd ever. Awesome:

The Rock was just so badass that they could make a film about his life story right now and have him play himself. #1 best sports entertainer of all time and it isn’t even close.

For a look at the time Papa Shango put a curse on The Ultimate Warrior and had him puking his guts up all over the place, click HERE.