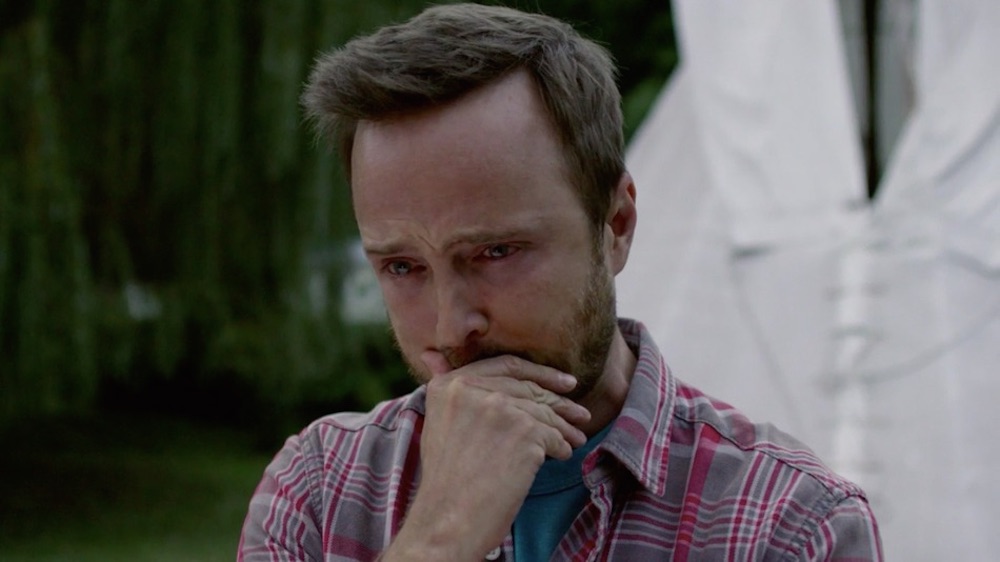 A disillusioned Aaron Paul joins what looks like a murderous cult.

We featured the original teaser trailer for The Path a few weeks ago on Sick Chirpse and said that it looked intense as hell and could be the best new show to premiere this year. The full trailer has just dropped and it looks like we might be right.

Obviously being a TV trailer it doesn’t really give much away about the story and is just a montage of intense/interesting looking scenes designed to pique your interest, but it definitely succeeds in doing that. The storyline seems to see Paul joining some kind of cult led by Hannibal’s Hugh Dancy, which tears him apart from his family and possibly even makes him commit murder or some other such dastardly acts.

Wait a minute – what the heck was that yellow snake doing slithering on a coma patient? And what’s going on at that skanky looking motel? I guess some of our questions will me answered on March 30th if we decide to marathon through the entire series when it drops on Hulu.

Before that though, we’ve got the new season of House Of Cards to look forward to as well.