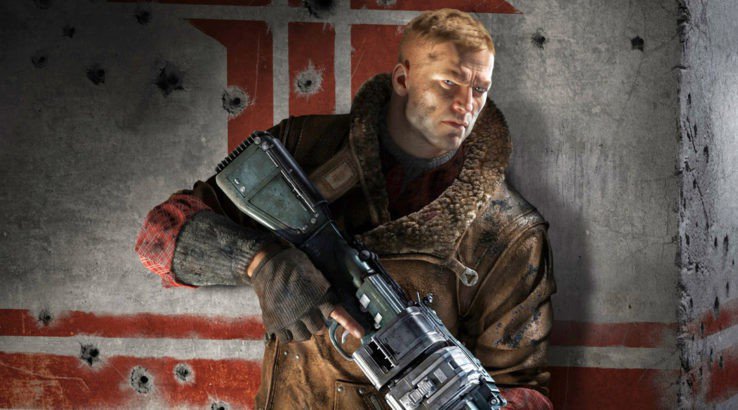 Wolfenstein is well known as one of the games that revolutionised the FPS genre, and the franchise has experienced somewhat of a revival in the past few years thanks to recent additions Wolfenstein: The New Order and Wolfenstein: The Old Blood, which were both excellent.

So it was only going to be a matter of time before B.J. Blazkowicz returned in a new instalment of the game, entitled Wolfenstein 2: The New Colossus. The game is set in the same alternate reality as the other two, where the Nazis ended up wining World War II and Blazkowicz is back in the US in 1961 to try and aid the American revolution.

You can check out the eight minute trailer to the game below. It’s a bit all over the place – seems like it’s just showing certain different sections of the adventure – but it certainly looks gorgeous and it seems like there’s a lot going on both in terms of plot and action:

Interesting huh? Like that weird mask/helmet that Blazkowicz is rocking and some of those weapons and kills look absolutely brutal. Really like the way it seems like if you’re unarmed you can grab the gun and turn it on the face of your enemy, causing them to blow their head off. Really original. Plotline looks fairly strong too, although we all know how hit and miss video game plots can end up being.

For more of the same, here’s a LEGO first person shooter. Awesome.