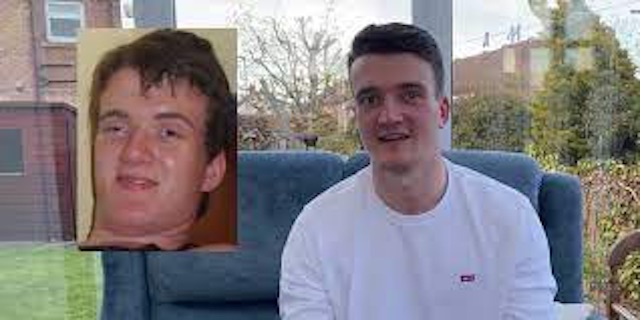 I never knew that the ’10 Guy Meme’ was called the ’10 Guy Meme’, but I’ve seen it on the internet countless times over the years as representative of someone being so monged out that they could barely speak. We’ve all been there buddy.

Anyway, the guy kept his identity secret or didn’t come out and tell everyone who he was for the last ten years at least, but now he’s decided to reveal that his real name is Connor Sinclair in a YouTube video to celebrate ten years of the meme. Or, as you’ll see later because he’s planning on making a whole wedge of cash from it by selling it as an NFT. Of course he is.

Hello, I am Connor – aka 10 Guy, aka Stoner Stanley, aka Really High Guy.

I thought now would be a perfect time to come forward and maybe give you a bit of a behind the scenes look of the man behind the meme.

After all I wouldn’t be doing this at all if it wasn’t for the internet sharing everything so I thought it would be a great thing to do.

Honestly I never thought it would have the staying power it does.

I’ve had plenty of offers for promotions, from board games to a snack food brand.

I’ve never gone through with them because I didn’t think people would care, and it felt a bit disingenuous almost? The meme belongs to everyone who shared it, liked it, etc.

I just happen to be the guy with the sweaty face and the glazed expression who went viral. But now feels like a good time to do it. As you said, a decade, 10 years of 10 guy. It just felt right.

Of course, the hype around NFTs is a large part of that but the timing just felt perfect.

Lol. Everyone knows that he’s only doing this because of the NFT money he can make from selling the meme, so it’s kinda funny he just drops that in right at the end, but I guess you can’t blame the guy for making a quick buck after being memed to oblivion for the past ten years. Must have been tough for him in high school.

For more of the same, check out when this guy ended up calling the cops because he was too high. Loser.