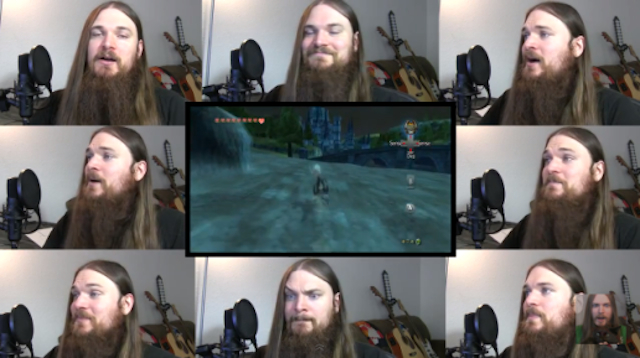 Chances are if you grew up in the 90s or 00s then you would have at least encountered The Legend Of Zelda, and it’s more likely that you probably played it and spent a sizeable chunk of your time playing that ocarina and desperately galloping across Hyrule Field trying to find the missing parts of the Triforce. If that isn’t the case then you definitely missed out on some shit when you were growing up.

If you were one of the normal people that played Zelda though, then you’ll definitely appreciate how awesome this is. Some weird looking metal guy called Smooth McGroove has performed an a cappella version of one of the most famous songs from the game. It’s called overworld theme but I doubt you’ll know which one it is from being told it’s name. Trust me though, you’ll recognise it.

There are 8 parts to the melody and Smooth does them all and it sounds incredible. You also get to see his stupid face performing each one in the celebrity squares style video.