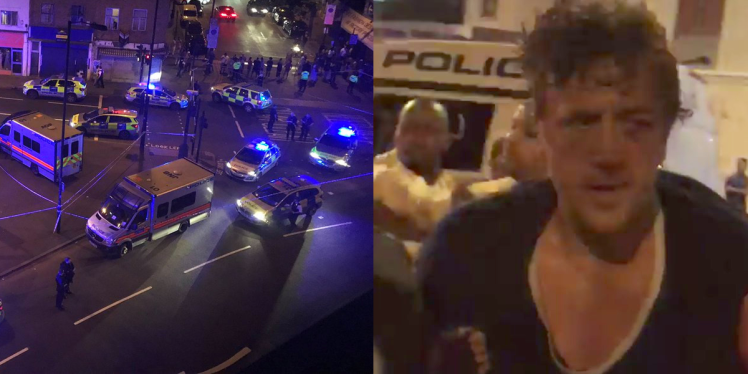 “He’s always been a complete c**t but this is really surprising.”

You almost certainly woke up today to the news of yet another terrorist attack in this country, where an unidentified man drove a van into a crowd full of Muslims in Finsbury Park and injured at least ten of them, with the death count currently standing at one.

The identity of the perpetrator hasn’t been revealed until just now, where it’s been made known that his name is Darren Osbourne. He’s a father of four currently situated in Glyn Rhosyn, Pentwyn, Cardiff after growing up in Somerset.

Osbourne apparently rented the £80-a-day van early this morning and then drove it to London to commit the atrocity. No reasons as of yet have been given for his actions, but a couple of neighbours from his road offered the following comments about him:

The moment the police are taking the man who ploughed pedestrians in #FinsburyPark pic.twitter.com/Yr7mgS1mcz

Someone called me and said it was him and I said ‘It can’t be’. Then I saw the picture on the news and said ‘Shit, it’s him.’

He had lived on the estate for a few years. He’s always been a complete cunt but this is really surprising.

I arrived home from work to find the street crawling with police – it’s a complete shock.

Certainly a mixed bag of reviews there, but they all seem fairly united in the idea that it’s pretty damn surprising that Osbourne lost the plot and carried out this attack. Expect to hear more about it in the coming days, but until then RIP to the victim and we hope that anyone else affected by it pulls through.

Did you hear what the Daily Mail said about this attack? Despicable.