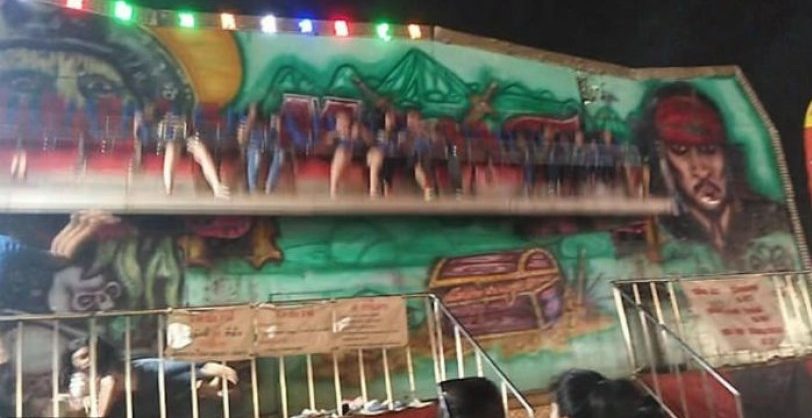 There’s few things more terrifying than the idea of an amusement park ride malfunctioning in mid-air and catapulting/slamming you into oblivion, but that’s why you expect the maintenance work and safety checks on these things to be top-notch so these kinds of incidents are thankfully rare.

They do happen though – as this group found out when they were thrown off the Pirates of the Caribbean themed ‘Crazy Wave’ ride at a carnival in Lopburi, Thailand, on the weekend:

The wildest part is that the ride didn’t malfunction at all. Turns out the operator, a man named Aki, failed to check the locking mechanism before starting the ride. As per Metro he’s made a grovelling apology for his ‘carelessness’. One P45 please?

I was in charge at the control centre because my friend who also ran station went to the toilet and then had a break.

I want to apologise to the people who were hurt and their family but I did not know much about the machine so I did not check anything before I started it.

The good news is there were no fatalities, but there were some injuries. As you saw that one boy cut his head open and is probably traumatised for life. Four others slammed into the steel deck and slid into the metal railing where they ended up in a heap on top of each other. A 13-year-old girl broke he leg but she’s already left hospital and will be OK.

For horrific footage of the time the same thing happened in India earlier this year, click HERE. Two people dead in that one.