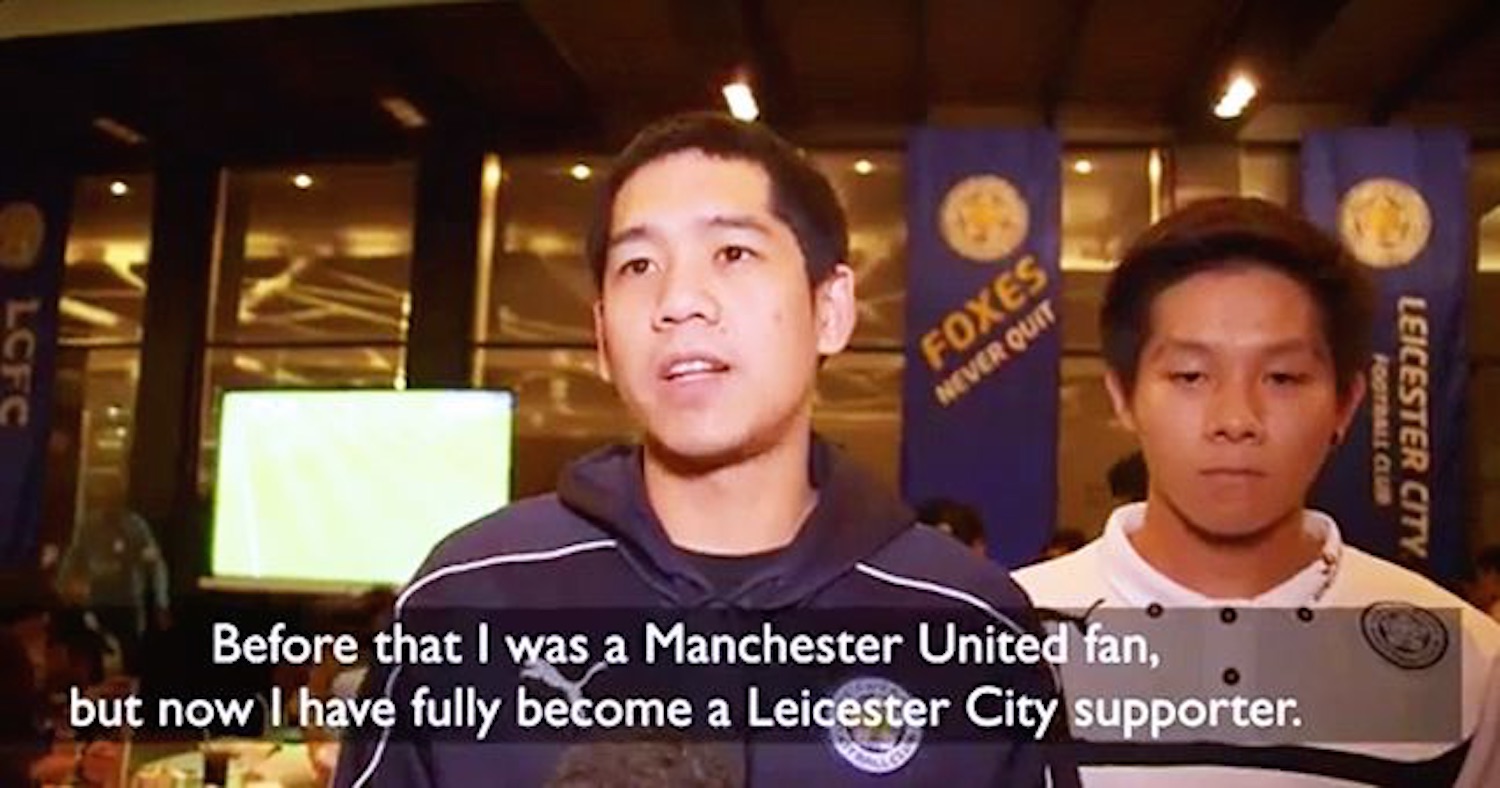 In the past couple of decades, the Premier League has really taken off as the global leader in footballing terms, so it’s no surprise that everywhere you go all around the world you see people wearing Manchester United, Chelsea, Arsenal and Liverpool shirts.

Obviously these people have no affinity to these places and these teams as they’ve never been there and have just picked their names out of a hat as to who they support really – hell, there are a bunch of them in England too as I’m sure most of you reading this will be able to testify too as well. However, those ones back home tend to stick to their guns and spend their whole life as a supporter of said team, no matter what happens.

It’s not like that overseas, and more specifically in Thailand as we can see from his video below, where a bunch of people happily admit that they switched allegiance from Manchester United and Liverpool to Leicester:

Hmmmm. OK, so in fairness they’re claiming that they changed teams when King Power first bought Leicester four or five years ago, which isn’t ACTUALLY that bad and is kind of cool because they now actually have an affinity with the team as opposed to just randomly picking who is doing well at the time.

However, I’m not really that sure how true this is. I mean nobody was interviewing these guys five years ago and it seems kind of convenient that they’ve suddenly been Leicester fans for all this time now that they’re on the verge of winning the league. Kinda like that guy who says he’s a Man United fan because his dad supported them, but we all know he’s full of shit. You know the guy I mean. It’s just slightly suspicious.

Anyway, we’ll see where these guys are next season. I guarantee they won’t be a part of this photo collection of the best and worst hardcore football tattoos ever.