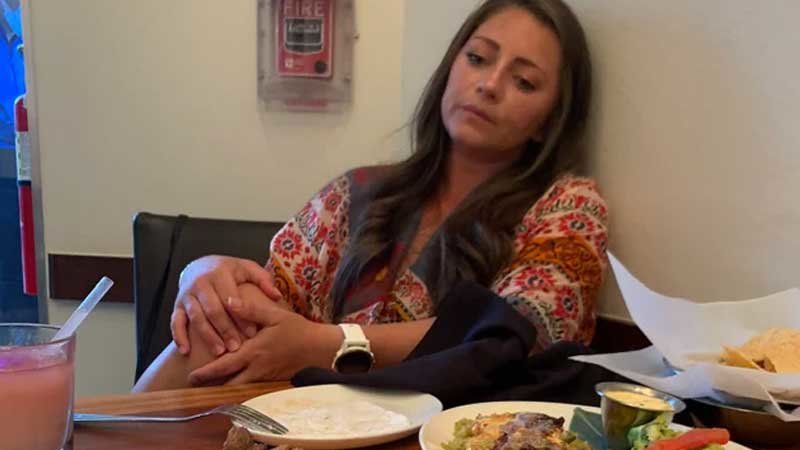 People are the worst.

Emerging from lockdown and heading back to your favourite pubs and restaurants is going to be fraught with problems, but hopefully for all those restaurant owners out there it isn’t going to be full of people like the guy below who had a full on meltdown after they couldn’t provide shredded cheese for his wife’s fajita.

The Texas man obviously took to Twitter to vent his views about the Mi Cocina restaurant over in Allen,  where he complained that he had asked four different people for the shredded cheese and had been waiting 18 minutes for an answer. It’s especially terrible because it was the only way that his wife could eat fajitas, so she was left there starving.

He topped the whole tweet off by saying that it was unacceptable and that we need to stop blaming Coronavirus for crappy service, which is a whole new energy and disregard for the service restaurants literally risking their lives so he can even have the option to have his crappy fajita.

Needless to say, the internet was not kind:

“You see, my wife…she has this condition. The only way she can eat a fajita is with cheese. Doctors say it’s not fatal but there’s no cure” https://t.co/TNxY7HqvwY

The faces of national tragedy:
“Migrant Mother,” 1936 (by Dorothea Lange, FSA) and “But I Had To Wait For My Shredded Cheese,” 2020 pic.twitter.com/VLO0coSgMn

I once had a fajita without any shredded cheese (for medical reasons I cannot have them without it) and was sick for days. Get well soon. The world truly has gone to shit. https://t.co/eE0iAIZfX5

I am SCREAMING lol lol look at her emotions over that shredded cheese hahahahaha https://t.co/brTJIEvQNm

Starting a GoFundCheese for this long-suffering person (3+ months! Can you imagine?) Please give! I Camembert to look upon this tragedy any longer! https://t.co/fSEY9O0j6r

Over 120,0000 Americans are dead. People have lost their jobs. Doctors, nurses, emt’s are getting ready for a spike in hospitalizations but you and your wife are worried about shredded cheese! Go fuck yourself. https://t.co/cXhoIJg2SC

Go home and make your own goddamn fajitas with shredded cheese then you weirdos. You didn’t learn a damn thing throughout all of this. Shame on y’all https://t.co/vOejvJ000A

125,000 Americans are dead but that’s nothing compared to the hell that is having to eat fajitas without shredded cheese. https://t.co/L4sNYVrHoQ

How is America selfishly focusing on other issues when someone in Texas was made to wait for shredded cheese?#NoCheeseNoPeace https://t.co/Sza7UneqWS

I mean these people aren’t wrong. Even though it would be annoying under normal circumstances about being ignored by the staff in a restaurant, it’s still funny that anyone would get so pissed off about the lack of cheese on a fajita as it’s the only way they can eat it, because that literally doesn’t make any sense whatsoever. It doesn’t even add that much to the taste of a fajita. And with all that food there surely you would just take one for the team and chow in? Surely it can’t be that necessary?

As it is though, in the current situation, it seems super selfish to even go to a restaurant to me when these workers are out there literally risking their lives. I’m sure they’re doing their best so just cool it with the complaining Karen yeah. It’s a new time for everyone and there’s bound to be some teething problems. Remember that before you head out this weekend over here as well.

For more of the same, check out when these students put their foot skin in their roommate’s shredded cheese.WTF is wrong with people?