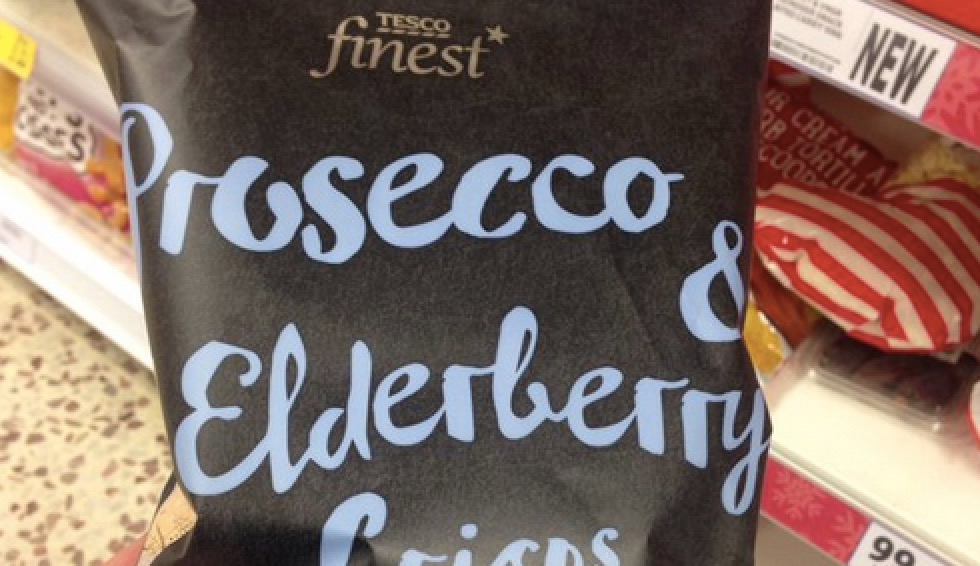 Crisps, for all that they’re worth, belong in the final clink of the evolutionary food chain. Factually, it’s a potato, categorically the worst vegetable, then sliced by machines and lightly dusted with chemicals to manipulate you into thinking you’re eating a roast chicken or slab of low-grade cheddar. But like all terrible things, crisps have their place in the world; inoffensive comedown snacks? Maybe they’re seen as a ‘healthy option’ for obese parents to pander off to their soon-to-be obese children and the wrapper provides something to obsessively fold into a triangle at school. So let’s be clear, I’m not against crisps.

Tesco’s however, clearly missing its target audience this week have decided that the people, the good, hard-working people of this world want a bag of fucking Prosecco and Elderberry flavoured crips to accompany their miserly meal deal. Tesco’s copywriters have billed the product as “sweet, delicately fragrant elderberry with the festive fizz of Prosecco”. Well, isn’t everyone just salivating at the thought of carb-based gristle flavoured with a champagne knock-off that you’d only ever drink at your mum’s birthday combined with a berry that I had to look up to be sure it even existed. Why do we have to pretend that our terrible habits are anything other than terrible? Where’s the self-acceptance in a packet of crisps, CRISPS, that masquerade as something out of a dopey cutester’s Pinterest board? Better luck next time Tesco. 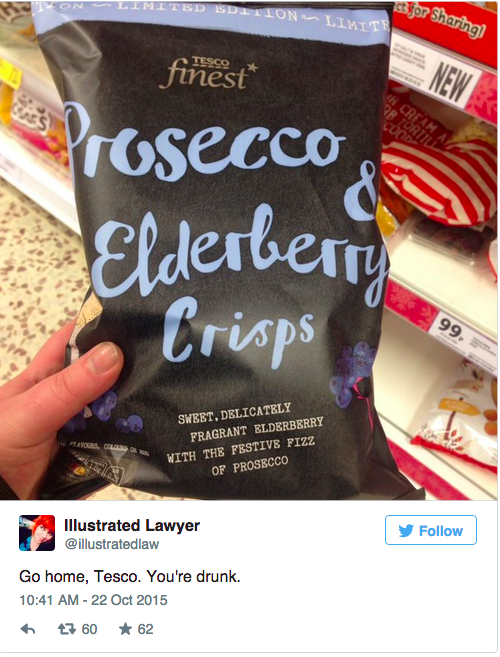