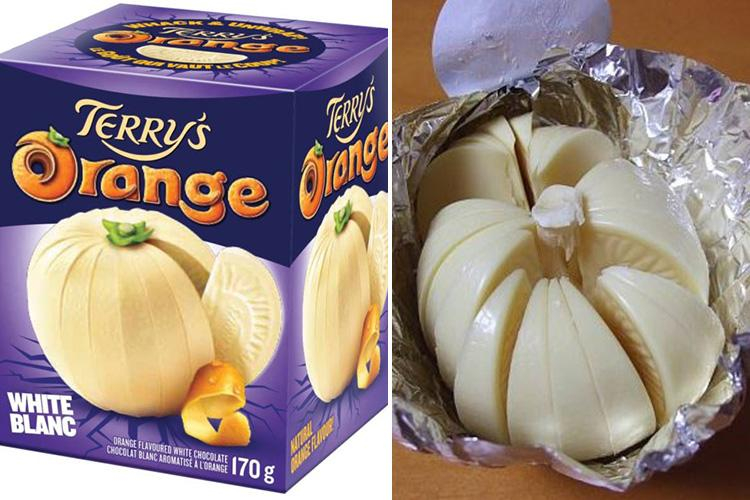 Terry’s Chocolate Orange is a staple of the after dinner chocolate eating scene and one that will probably never be replaced, but I don’t think any of us saw their next move coming with this white chocolate version of the famous treat.

The news was announced on their Instagram page where they said the following:

It’s less than 130 days until Christmas so we’ve got an early present for you… THE WHITE BALL IS BACK!* 🍊 Go out and grab two, one for yourself and one for a friend. You fiendishly fine friend, you. *For a limited time only. Sorry. #terryschocolateorange #thewhiteballisback #whitechocolateorange

Great news and what’s more the way it’s written makes it sound like it’s going to be a permanent fixture on supermarket shelves here, as opposed to the limited edition ones that they’ve released before in the past. Can’t wait to pick one up, and if you don’t want to pick a whole  one up they’re also releasing white chocolate minis that you can grab for just £2 at your local Co-Op. Sounds good.

For more of the same, check out these Supreme Oreos. Wow.