Phew, that was close.

A would-be suicide bomber and his would-be widowed wife have been convicted of plotting a massive terror attack on London on the 10th anniversary of the 7/7 bombings which killed 52 people back in 2005.

Mohammed Rehman, 25, – who calls himself the ‘Silent Bomber’ — and wife Sana Ahmed Khan, 24, were found guilty following a trial at the Old Bailey.

The plan was to bomb the Westfield shopping centre or the London Underground, and for some reason the plonker actually asked for suggestions on Twitter. 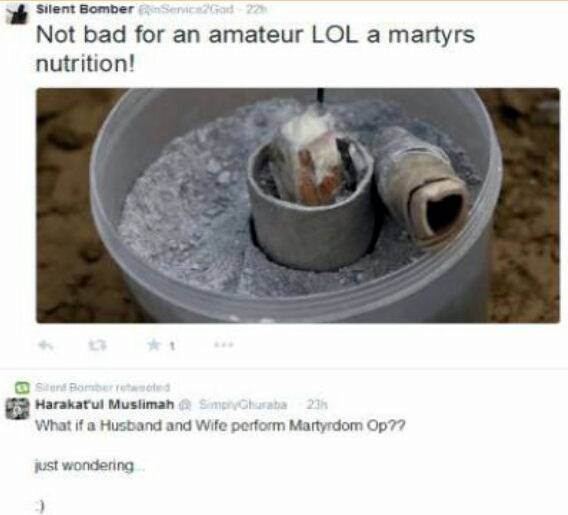 With help from his wife, Rehman stockpiled chemicals needed to make a huge bomb at his house in Reading and even filmed himself setting off a small explosion in his back garden:

Rehman was days away from completing the device when he was stopped by terror police on May 28th — just over a month in advance of the intended attack. He and his wife shared a “common interest” in violent and extreme Islamic ideology and had repeatedly researched the 7/7 bombers.

The thing is though, this Silent Bomber dude is literally so thick that I’m questioning whether this story is real or not. I mean how can you legitimately be as dumb as the terrorists in Four Lions? Asking for terrorism advice on Twitter? Giving the popo updates on how the rigged explosives are coming along? Come on, nobody’s that thick, are they?

Oh wait, I guess they are.