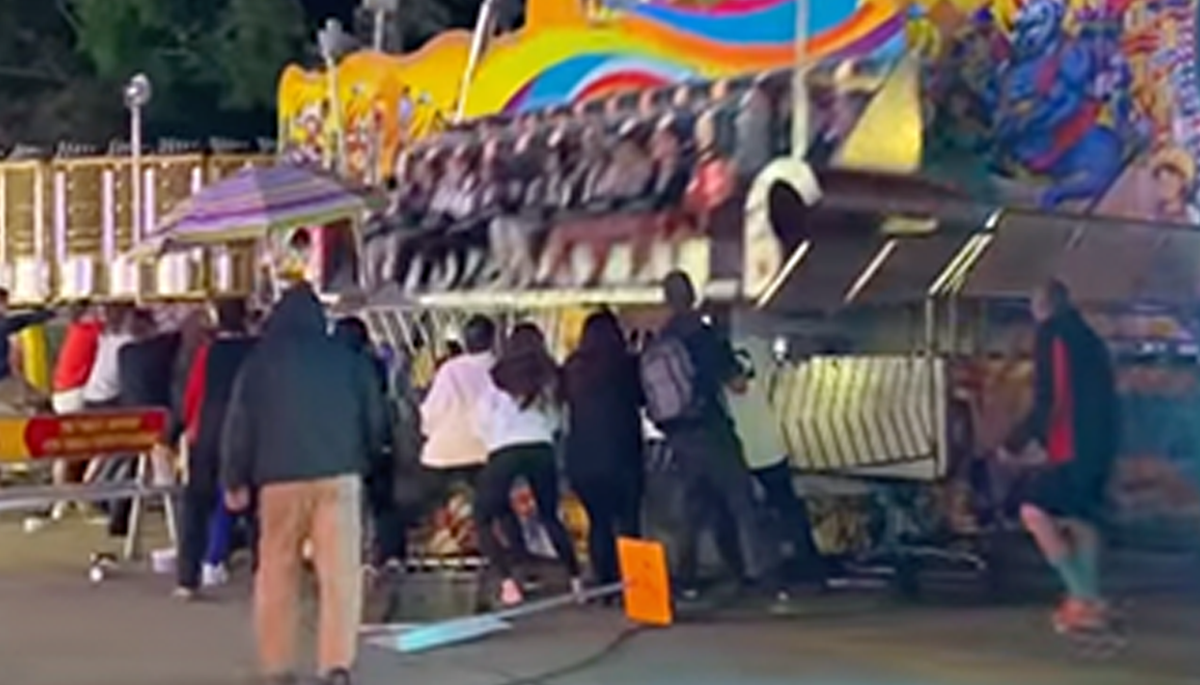 I think when anyone ever goes to one of those travelling fun fairs, there’s always a sense of trepidation about how safe the rides can be because these guys literally roll around the country all year round putting them down and then erecting them and most of them are old as fuck as well, but despite this apprehension I don’t think I’ve ever seen a video like the one below and most of them seem to work as advertised. Just about.

We’re over at the National Cherry Festival (???) in Traverse City (???) in Michigan for this one, where some people were enjoying the classic Magic Carpet ride before it decided to go all ‘Final Destination 3’ on them and look as if it was going to tip over every time the carpet was at the top of the its cycle. Fortunately, a bunch of spectators noticed that this was happening and went and held onto the guard rail to keep it on the ground and at least a couple of people decided to film this going down instead of helping so we get to see a video of it. They’re the real heroes in this situation, right?

BREAKING VIDEO: Carnival ride at a festival in #Michigan was tilting backward when bystanders rush to save people sitting on the ride. pic.twitter.com/FM1TaSj358

Geez. That looks terrifying doesn’t it and it’s a good thing someone noticed what was happening and went over and actively tried to stop it. Could seriously have been a major disaster.

A spokesperson for the company operating the ride said that ‘there was a malfunction and it came off its blocking’. No shit Sherlock. Sort it out.

For more of the same, check out this terrifying video of a ride in Uzbekistan breaking in half. Way worse than this one.