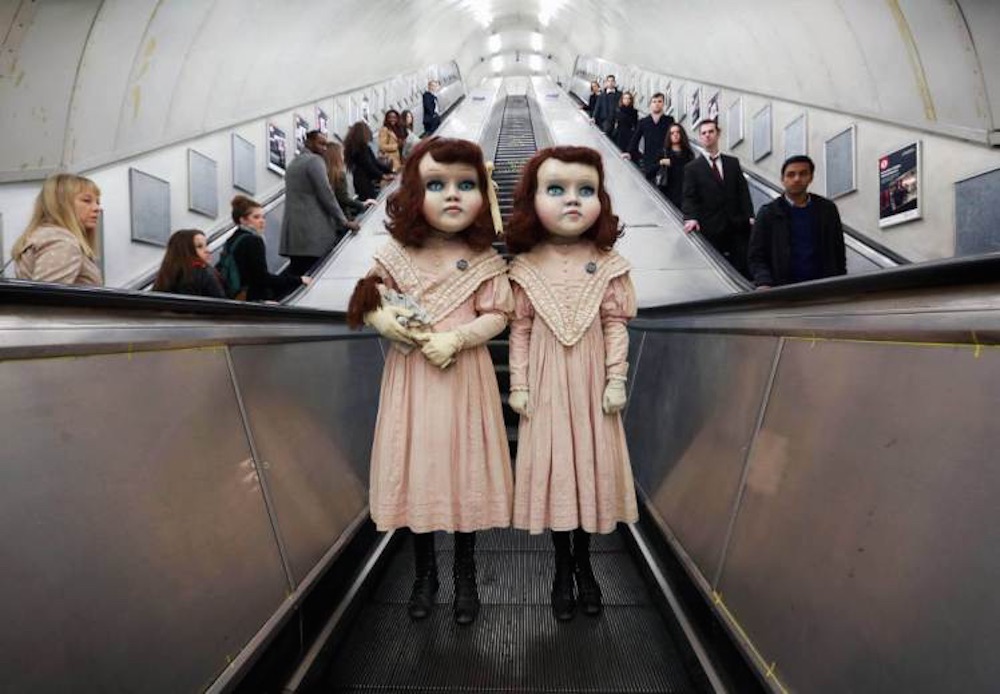 As if the London Underground in rush hour wasn’t terrifying enough.

The London Underground is a cramped, sweaty and generally horrible experience every time you experience it, and it’s made even worse if you’re doing it during rush hour like the majority of people.

So, how could this be made even worse? If you were confronted by two life size Victorian dolls just hanging out? That would scare the crap out of me and it seems like that’s what they did to a bunch of people when they were spotted on the tube today.

The pair were spotted playing with a toy train set at Hamley’s and then pushing a Victorian Pram down various tube stations around the capital, being altogether creepy and weird. You might be able to get away with it on Halloween, but at the start of December – no chance.

Of course, the two dolls were advertising something but you probably won’t guess what. 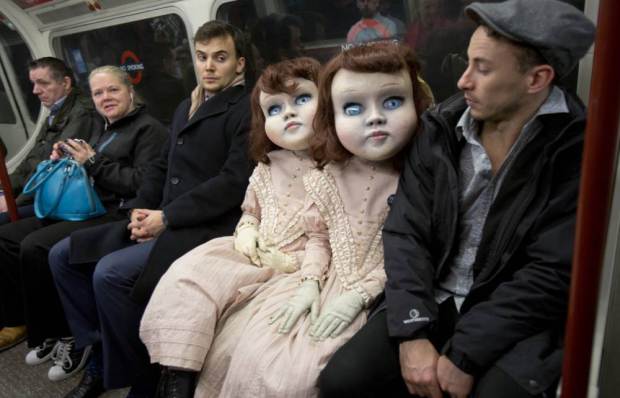 Of course, it was Derren Brown’s new psychological theme park ride, coming to Thorpe Park next summer. It’s said to be the world’s first ‘immersive psychological attraction designed to manipulate the human mind’, whatever that means.

Brown explained the dolls, because I’m sure nobody else understood their significance either:

The theme of Victoriana is ever present in my work and you will see glimpses of this in my new attraction.

I believe we are moving toward a future where theme park attractions not only give you a physical experience but also play with your mind and the concept of what is real.

The Victorian twin dolls, who have popped up around London this week, are just a taster of what my new attraction has in store for visitors to Thorpe Park next spring.

Spooky. I don’t know if I’m that convinced with the promo for the ride, but Thorpe Park generally has a good track record when it comes to new attractions so I’ll be eagerly awaiting details of it and maybe plan a trip there next year.

That’s if it sounds any good. I would probably rather go check out Valvarn in Ohio though – it’s such a smasher of a roller coaster that it’s actually broken ten world records since it’s been constructed. 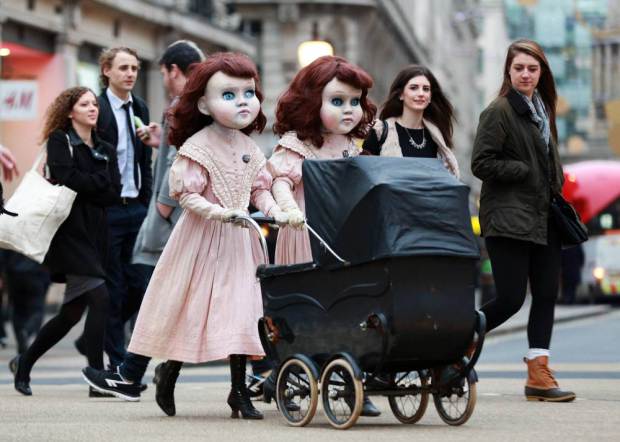