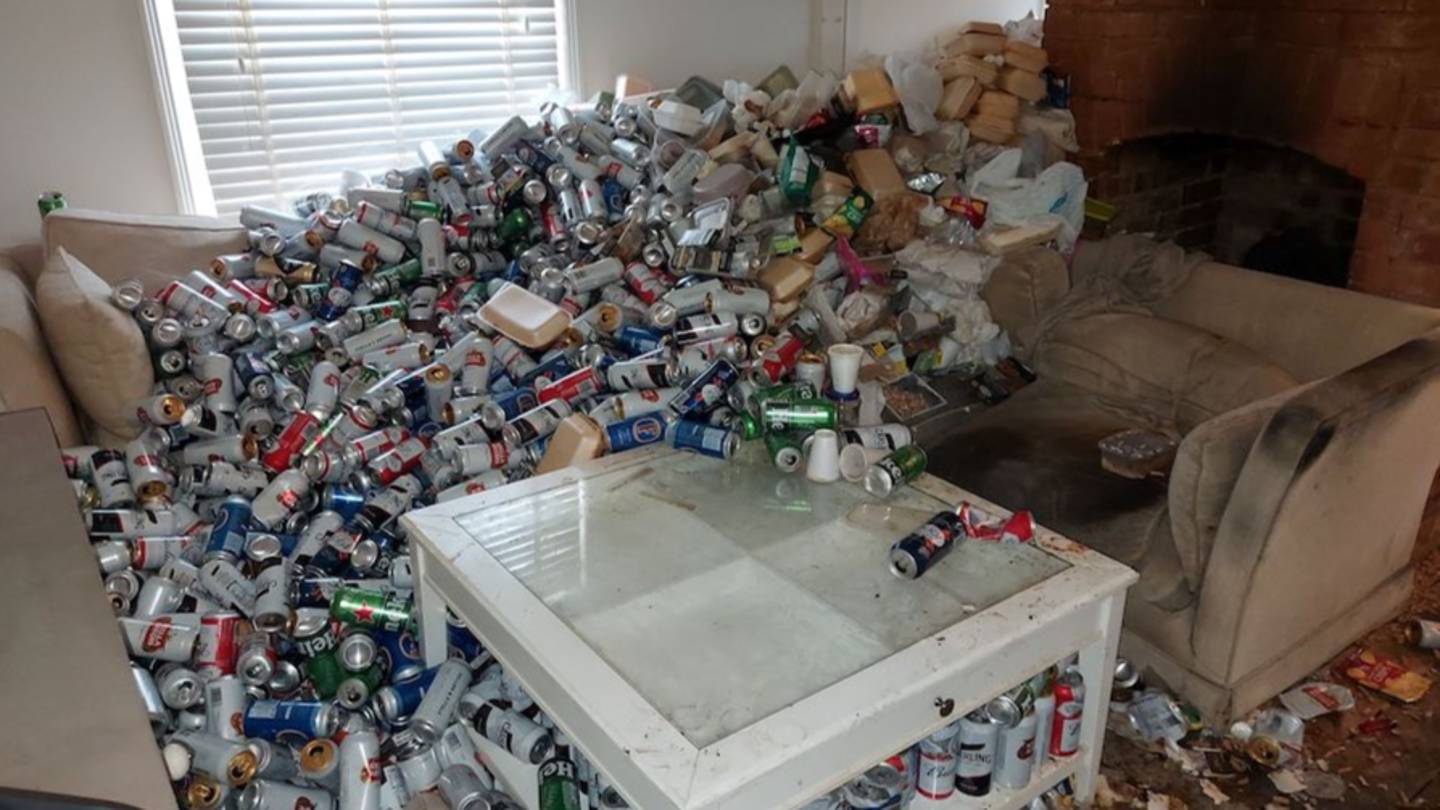 Normally we’re shitting on landlords in these pages for being absolute bellends who completely take advantage of and exploit their tenants, but it is sometimes important to remember that it can happen in reverse sometimes as well.

29 year old Freddie Gillium-Webb is a wastewater management expert that was given the task of cleaning up a two bedroom, one bathroom flat in the Andover area of Hampshire and when he saw the absolute state that was in thought that he had no other choice but to take a video and upload it onto the internet. You can see the disgusting state that the flat was left in below and also hear Gillium-Webb’s take on the situation: 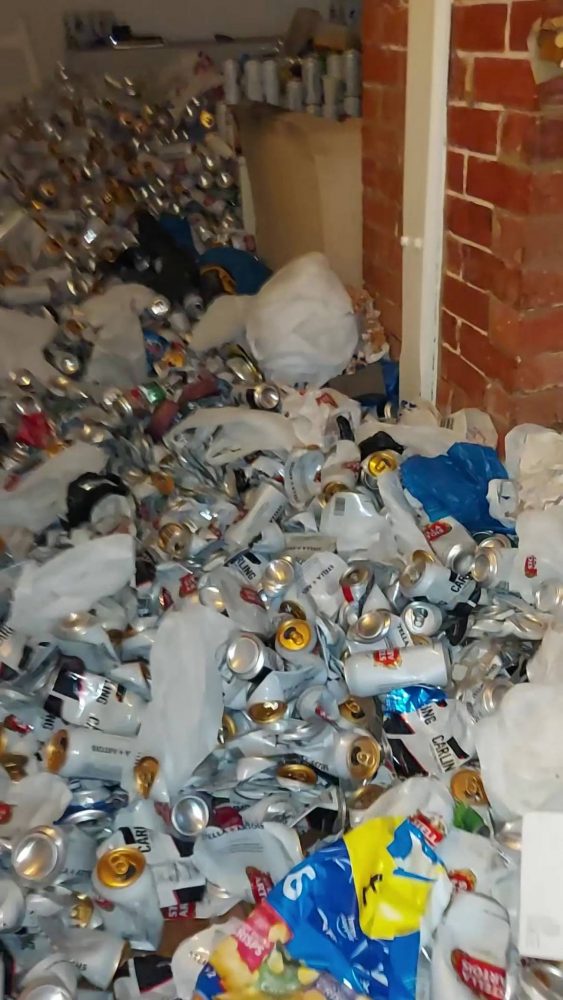 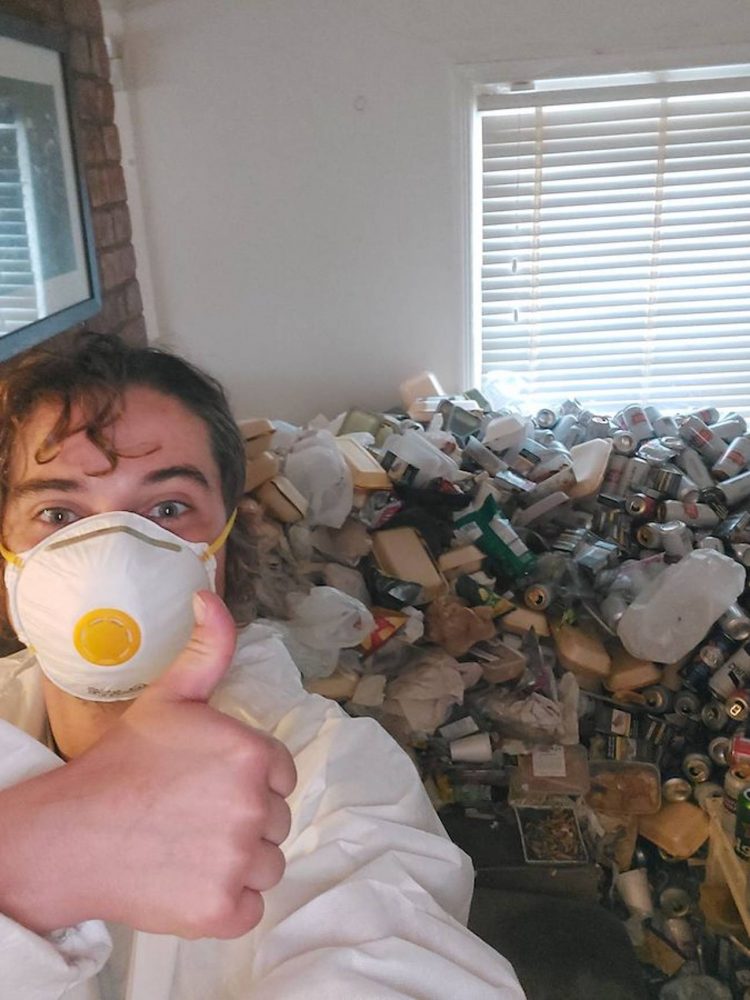 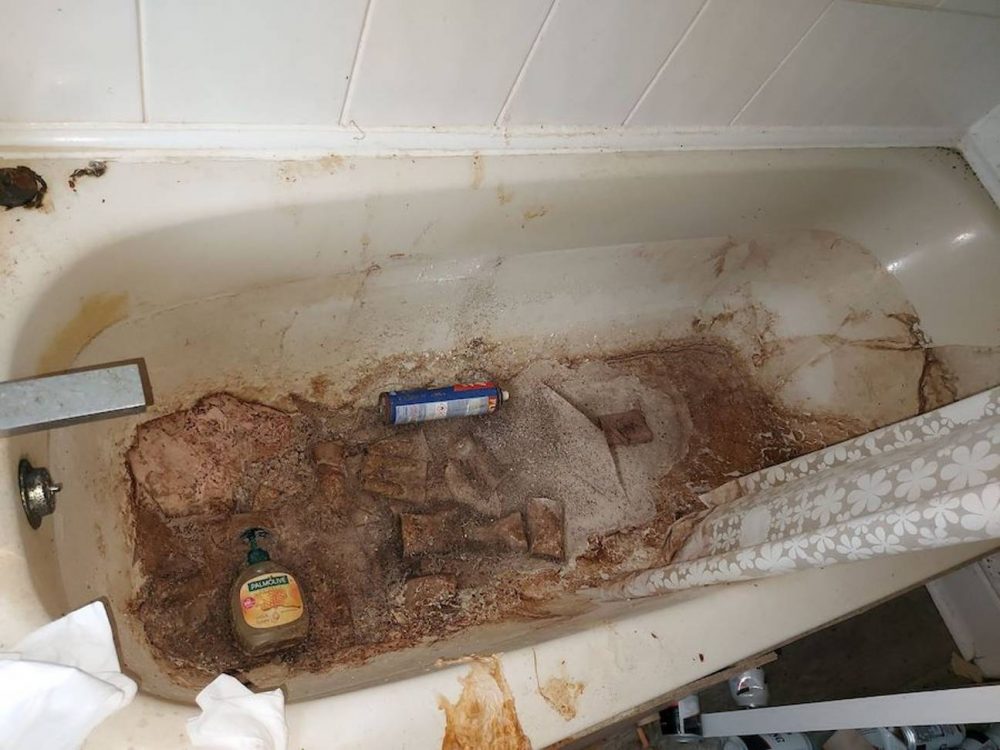 As soon as I walked through the door there were beer cans everywhere and the smell was terrible.

He clearly didn’t use the bin at all because the kitchen was full of food waste and in the living room there were half eaten kebabs and mouldy loaves of bread all over the floor.

Spiders had even started to swipe cans and lift them up into their webs.

Upstairs there were bin bags full of cigarette ends and you couldn’t see the floor because there were that many beer cans – I think I removed about 8,000 in total.

The toilet was piled high with toilet paper and faeces, it was disgusting. He’d never flushed it by the looks of it.

The clean-up was just never ending. After the first day it didn’t even look like I’d made a difference.

It had to have been like that for a while because it was really bad. He was just living in it and topping up the mess.

I think I went through about 100 big bags and ten bottles of bleach.

Because I work in wastewater I don’t heave or throw up very easily but cleaning that mess up I must have gagged about 20 times and was sick three times.

You’d think renting through an estate agent would be failsafe because they have guarantors, so I can’t see how it’s been allowed to happen.

It just shouldn’t be able to happen and tenants like that should be blacklisted from renting again because otherwise it could just happen again and again to more landlords.

The tenant might have had depression and he probably had a drinking problem based on the amount of cans – you need help sometimes but you can’t live like that, there’s no excuse for it to get that bad.

Yeah that is one hell of a disgusting situation isn’t it? I’m not surprised the tenant didn’t want to move out as I doubt that there’s anywhere else in the world where he could live like that and get away with it. Just can’t get over why someone would even choose to live like that because it’s literally so disgusting and rank, but unfortunately that’s how it is for some people.

Hope he’s managed to turn his life around and realise that there’s absolutely nothing good about that and that he needs to pay the rent wherever he’s living. Truly fear for what may have happened to the guy.

For more of the same, check out when this landlord challenged his tenant to an eviction boxing match. That’s an awesome clip.