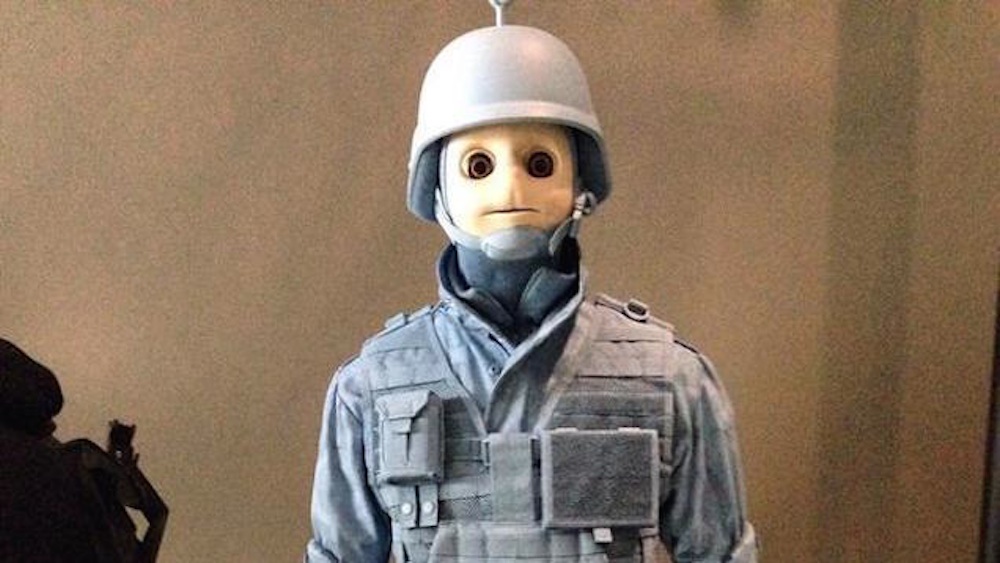 This week saw the opening of the annual Triennial at Manhattan’s New Museum, which is marketed as ‘the only recurring international exhibition in New York City devoted to early-career artists from around the world’. With a marketing strategy like that, it’s almost certainly well attended.

This year sees a rather dubious commentary on modern life from artist Josh Kline entitled ‘Freedom’. Josh is from Brooklyn (obviously) and is attempting to satirise the western world’s obsessions with social media and police brutality and children’s TV shows by combining all three.

Just kidding I have no idea what he’s trying to do with this piece. All I know is that there are a bunch of teletubbies standing around dressed as members of a SWAT team, whilst the televisions in their stomachs are displaying people reciting social media feeds about police brutality and torture. Deep.

If you like the Teletubbies, ever wonder what the baby in the sun looks like all grown up?

Installation by Josh Kline of teletubby riot cops reading tweets at the New Museum Triennial. That you, @trevortimm? pic.twitter.com/ULaYId8aJ9