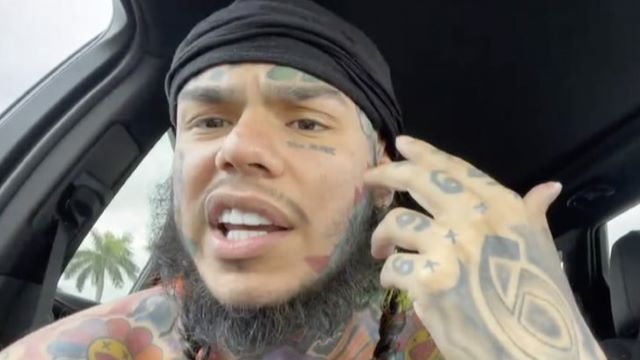 Despite the anti-snitch sentiment in many of his lyrics, Tekashi 6ix9ine famously became the star witness at his own trial back in 2018, in which he decided to snitch on his fellow gang member buddies, ultimately sending them all to prison and resulting in his early release.

Ever since then, Tekashi’s street cred has taken a nosedive, and this week he called in to TMZ to explain that technically, grassing up gang members who turned on you first isn’t snitching (or something to that affect):

It doesn’t matter what Tekashi says really, because the entire world is going to think of him as a snitch until the end of time so that’s just something he’s gonna have to get used to. It’s like he’s refusing to admit to himself that he actually ratted out his friends. Here’s the full story:

You’ll recall … Tekashi was kidnapped by his own security team in the summer of 2018 — part of which was captured on dashcam video and surveillance footage. He was taken for a ride around the block, where he was threatened at gunpoint, and ordered to fork over cash and jewels he had at his NYC pad … an exchange ultimately carried out by his then-GF.

In light of that, 6ix9ine explains he doesn’t owe anything to those guys … and even suggests what he did was wise. The Nine Trey Bloods almost certainly feel differently.

Did Tekashi do the right thing? Probably. Anyone with a brain would snitch on their questionable gangbanger ‘friends’ if it meant freedom. Especially as it sounds like they were using him for clout and he was using them for street cred. But that still doesn’t change the fact a gangster rapper who supposedly hates snitches went against the ‘code’ and snitched on his buddies. So yeah, good luck ever living that down in the rap industry.

Not sure what that Dunkin’ Donuts plug was all about and whether that was planned or not, but if so, that’s another sign of the times. Dude has an incredible set of teeth though, gotta give him that: 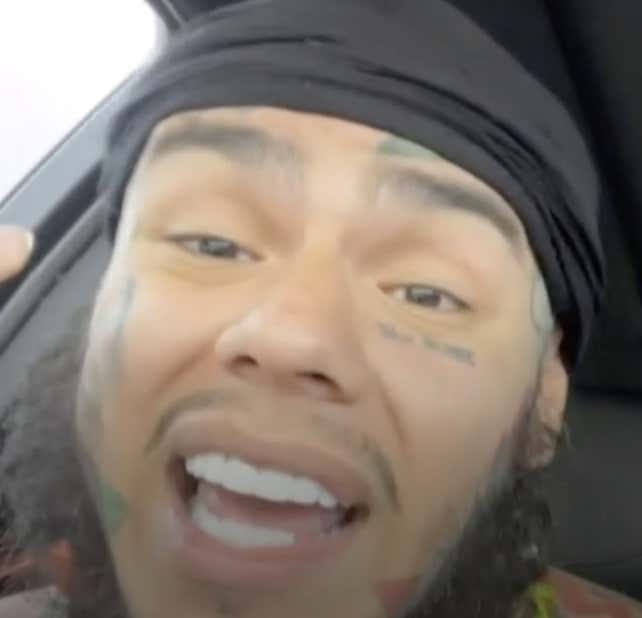 For the massive tattoo of Tekashi that his girlfriend got on her tit while he was in jail, click HERE. That’s relationship goals right there.