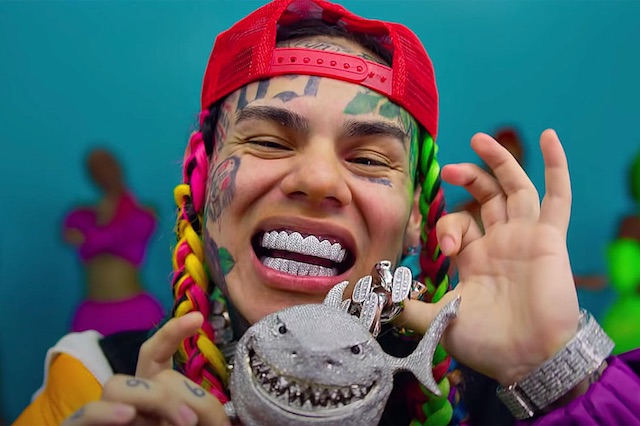 He might not be a snitch, but is he a thief?

If there’s one thing we know about Tekashi 6ix9ine, it’s that he’s definitely not a snitch – at least that’s what he keeps telling us – but could it be possible that he’s thief?

This is what a new lawsuit is alleging, with Texas duo Beat Demons claiming that Tekashi ripped off the beat from their song ‘Regular’ for his comeback hit after he was released from prison ‘Goob.  It entered the Billboard Hot 100 at number three and has amassed over 700 million views on YouTube alone.

The lawsuit is without merit and is another attempt to profit off Tekashi’s success.

We are confident that it will be dismissed.

Who’s to say if the beat was ripped off? I can’t even find ‘Regular’ on YouTube so I can’t say for sure myself, but given how the Robin Thicke/Marvin Gaye case went and how Tekashi is well known for being a bit of a prick you could see this going against him. Of course, he can probably just throw a bunch of his money at it and make it go away which I imagine is exactly this will end up going. Little dickhead always seems to get away with everything. And still manage to insist he’s not a snitch and have people believe.

For more of the same, check out the little prick phoning into TMZ to prove he isn’t a snitch. How is that gonna prove anything?