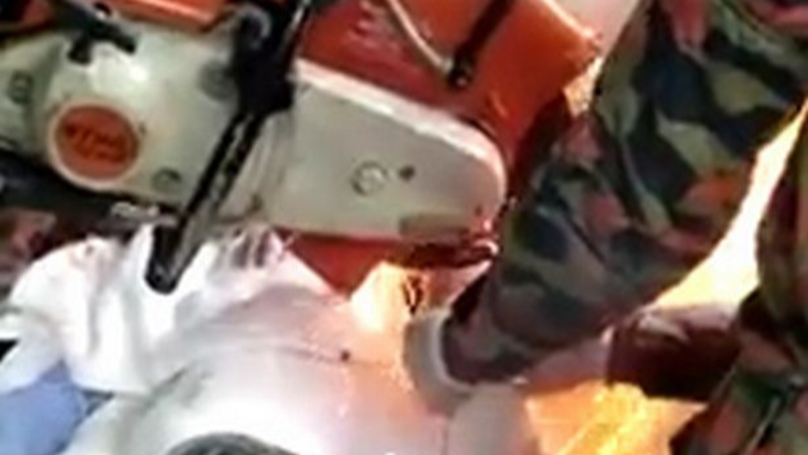 We all end up doing things that we aren’t supposed to do, but we all hope that we don’t get caught and posted all over the internet when we do them.

Unfortunately, it didn’t turn out like that for the guy in this story after he was found sticking his dick down a drain pipe after it became stuck in it. In fact, the dude was so stuck in the pipe that it actually had to be sawn off before he could be free from its grasp. Talk about embarrassing.

It all went down in Johor over in Malaysia where the unnamed teenager decided to place his dick into the toilet drainpipe in his shared bathroom. His dick suddenly swelled up so much that it became stuck in there and he tried to free it for an hour and a half before alerting his housemates, who in turn decided to call the emergency services after they couldn’t figure out how to get it out.

They eventually showed up around 10pm and cut the pipe off the wall, before again cutting it off his dick because even when it was off the wall he still couldn’t ease his member out.  They eventually managed to get it out sometime after midnight after cutting the pipe open with a chainsaw in a particularly grim video that you can see below.

Man oh man. I don’t think I’ve ever really thought about putting my dick in a drain pipe before but that video and this whole story has pretty much cemented the fact that I’m never ever going to do it. Whole thing is majorly grim.

For more of the same, check out this story about a guy who got his dick stuck in a weight. Stop putting your dicks everywhere.