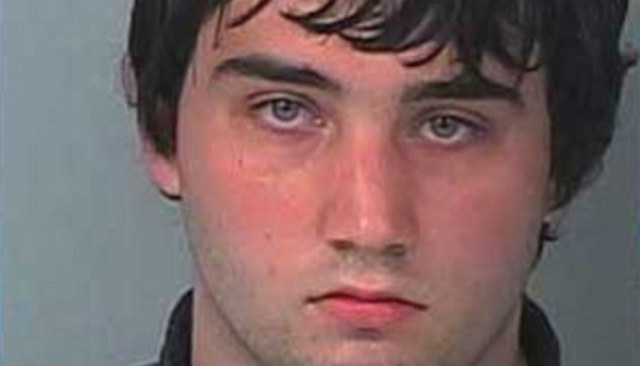 Once again we’re back in Florida for a tale of weird sexual deviancy that rivals a pizza man having sex with a dog.

This time we’re in Tampa and we’re hanging out with a 19 year old guy called Sean Johnson who allegedly likes nothing more than going to his local Walmart, picking up a stuffed animal – a horse – and using it to jerk off as he walks around the store. According to police files, this is what went down on CCTV:

Johnson selected a brown, tan, and red stuffed horse from the clearance shelf in the garden department.  He then took it to another section of the shop, pulled out his penis and proceeded to hump the stuffed horse utilising short fast movements. He then achieved an orgasm and ejaculated on the stuffed horse’s chest area before he put the soiled horse on top of a bed in a bag.

Sounds pretty much like an open and shut case if they’ve got the CCTV footage but Johnson is still pleading not guilty of misdemeanour indecent exposure and criminal mischief. I’m not confident of him getting off (heh heh heh).