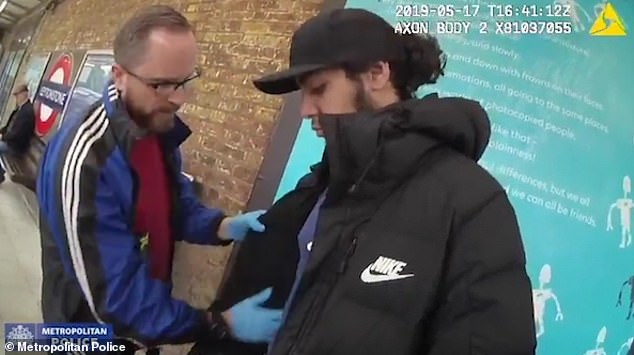 The state of London right now.

There’s plenty of debate over whether stop and search is an effective tactic in tackling knife crime or whether it just increases tensions between the police and young people in the UK.

The following clip definitely supports the former perspective, with two police officers finding a hunting knife on a 19-year-old on the platform at Leytonstone station in London:

The 19 year old was sentenced to 14 months.#WATCH the officers detain the man on the tube platform. pic.twitter.com/3VdhZZ6WKo

Hamza Haddadi admitted to two counts of assaulting an emergency worker, two counts of possession of an offensive weapon and criminal damage.

Enough for a lengthy prison sentence right? Wrong. The 19-year-old got 14 months at a young offenders’ institution, meaning he’ll be out in 7. He’ll be bragging about his exploits and racking up followers on IG and Snapchat account from prison no doubt.

So while the Metropolitan police do a good job (with the limited resources they have) on our streets, it’s our justice system that’s letting everyone down with these lenient prison sentences that are in no way an effective enough deterrent. Even the infamous zombie knife thug had to re-offend 21 TIMES before actually being sent to prison.