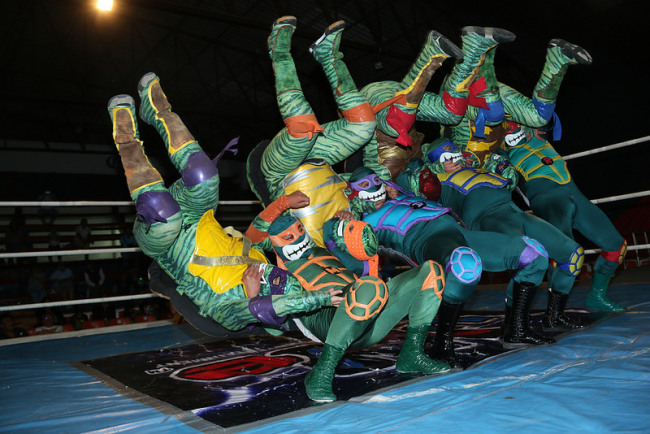 This is as bonkers as it sounds.

Mexican wrestling promotion Alianza Universal de Lucha Libre has a crew of TMNT wrestlers (Tortuguillos Karatekas) who are beefing with rival promotion International Wrestling Revolution’s own Tortugas Ninjas — both crews are basically fighting over whose more legit at wrestling dressed as TMNT.

As you can tell, this is serious business:

It ended in a non-finish, meaning these two are going to have to square off again sometime.

Our money’s on Los Tortugas Ninjas, because they’ve got their own Splinter: 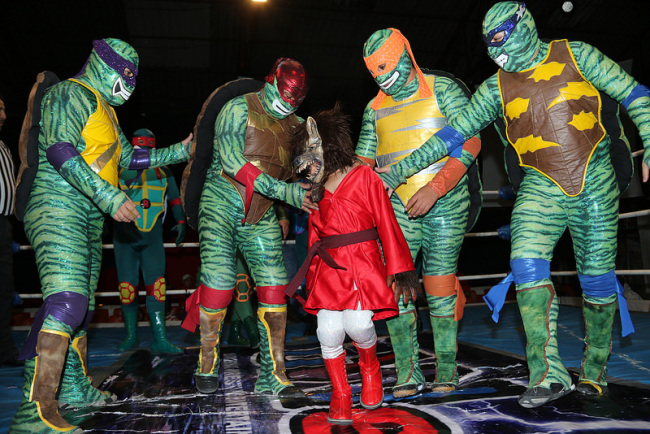 If you’re into pro wrestling fails don’t forget to check out When Pro Wrestling Goes Wrong.