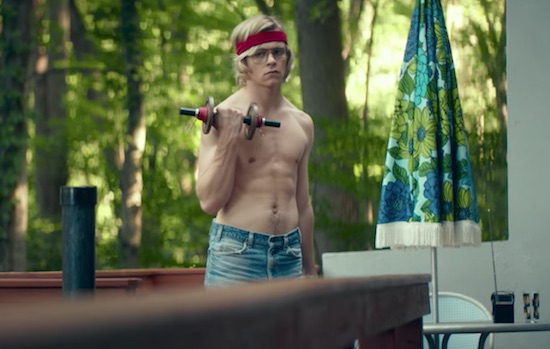 When it comes to serial killers, you can’t get more notorious than Jeffrey Dahmer, who killed, raped and ingested 17 men and boys between the years 1978 and 1991 before being captured and incarcerated.

But what compelled him to do this? A new movie entitled ‘My Friend Dahmer’ examines the teenage years of the serial killer from the perspective of a man who was actually buddies with the guy when they attended high school. It’s all true supposedly, being based upon the graphic novel of the same name that was written by  cartoonist John Backderf, who definitely did go to school with Dahmer.

It should be an interesting watch if this trailer is anything to go by:

I mean yeah, that looks like it’s going to be very disturbing, weird and uncomfortable doesn’t it, especially considering where we know it’s going to end up. As it often said though, it’s all about the journey not the destination. Definitely hyped for this one.

For more Jeffrey Dahmer, check out his childhood home, now for rent. Creepy.