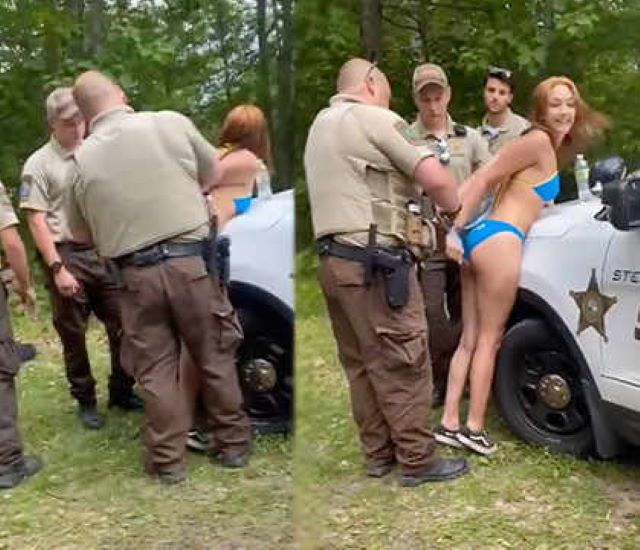 Wait, what did she just say?!

A teenage girl who was caught drinking in Stearns County, Minnesota made things ultra uncomfortable for the arresting officer as he cuffed her over the hood of his car.

Her parents must be proud…

Yikes! How is a policeman supposed to respond to an underage drinker in a bikini repeatedly asking if he’s going to bang her from behind as she’s being arrested? Not sure they teach you how to deal with that one at the police academy. Can she now get done for sexual harassment? Was she just having fun or trying to negotiate her way out of the situation? Would love to see what went down in the cop car on the ride to the station – no doubt the officer kept it 100% professional.

In any case this girl has cemented legend status in the eyes of her peers and that’s probably all that matters to her at the end of the day. Hey remember the time you asked a police officer if he was doing to bang you from behind as he was arresting you for underage drinking? Classic! One to tell the grandkids for sure.

Could have been worse…

For more NSFW arrests, get a load of the woman arrested in the Philippines for wearing the most NSFW bikini ever. It’s literally a string.