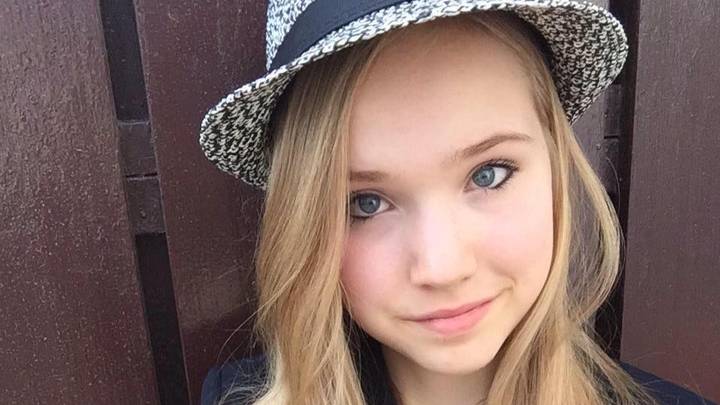 Wait until these two go at it.

Greta Thunberg has undoubtedly been one of the most talked about people in the last year whether you like her or hate her – she’s literally been everywhere.

There’s also no denying that she’s a thoroughly divisive character with a lot of people (boomers) thinking that she’s a massive annoying twat, so I’m sure these people are going to be stoked that there’s also another teenager out there who is effectively campaigning against her. 19 year old German YouTuber Naomi Selbt is a climate change denier who has specifically marketed herself as anti Greta and will speak at the Conservative Political Action Conference (CPAC) in the US this week.

She’s a member of the German organisation The Heartland Institute, a non profit research company that supports fracking and rejects the scientific consensus on climate change. Here’s what she said in her last YouTube video:

I’ve got very good news for you. The world is not ending because of climate change. In fact, 12 years from now we will still be around casually taking photos on our iPhone 18s, tweeting about the current President on Twitter and ranting about the latest celebrity gossip.

However, we are currently being force fed a very dystopian agenda of climate alarmism that tells us that we, as humans, are destroying the planet and that the young people especially have no future. That the animals are dying, that we are ruining nature.

I truly believe that many members of Antifa, Fridays for Future groups, Rebellion Extinction, I really believe that many of them have good intentions but that they are genuinely scared of the word ‘ending’ and are scared that their parents and grandparents are ruining the planet.

We are The Heartland Institute, we want to spread through about the science behind climate realism which is essentially the opposite of climate alarmism.

I believe it is important that we act now and change this entire mainstream narrative of fearmongering and climate alarmism because it’s basically just holding us hostage in our own brains.

With all of that said, don’t let an agenda that is trying to depict you as an energy sucking leech on the planet get into your brain and take away all of your passionate spirit. I don’t want you to panic, I want you to think.

Wow. Those are some pretty big words. I still find it so crazy that people can deny that climate change is happening when there’s loads of evidence for it and scientists that have literally spent their whole lives researching it are saying that it is, but there you go. Maybe Naomi will be able to convince me if she keeps making these videos. We’ll see.

What I think everyone really wants to see though is Naomi attack Greta during some conference and the pair of them have a massive scrap. Now that would be an iconic moment for the ages wouldn’t it?