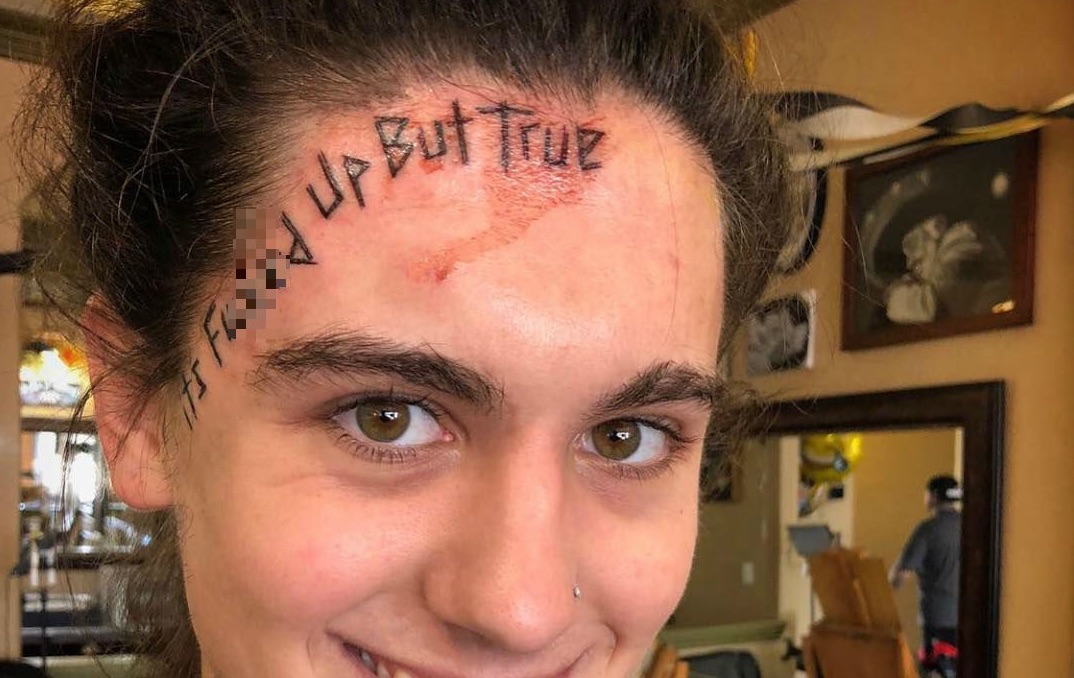 It’s fair to say that when you ingest magic mushrooms then the next few hours of your life are gonna be a bit on the wacky side as you’re gonna be laughing your ass of at the weirdest things and seeing a bunch of things that aren’t actually there, but I don’t think anyone is ever going to do anything as stupid as the guy in this video on them.

19 year old artist The Moniker Of Sadness – yes that is his real name and the only name that he wants to be referred to as – revealed that the magic mushrooms told him to get ‘it’s fucked up but true tattooed’ along the side of his face. I suppose at least it looks good right? 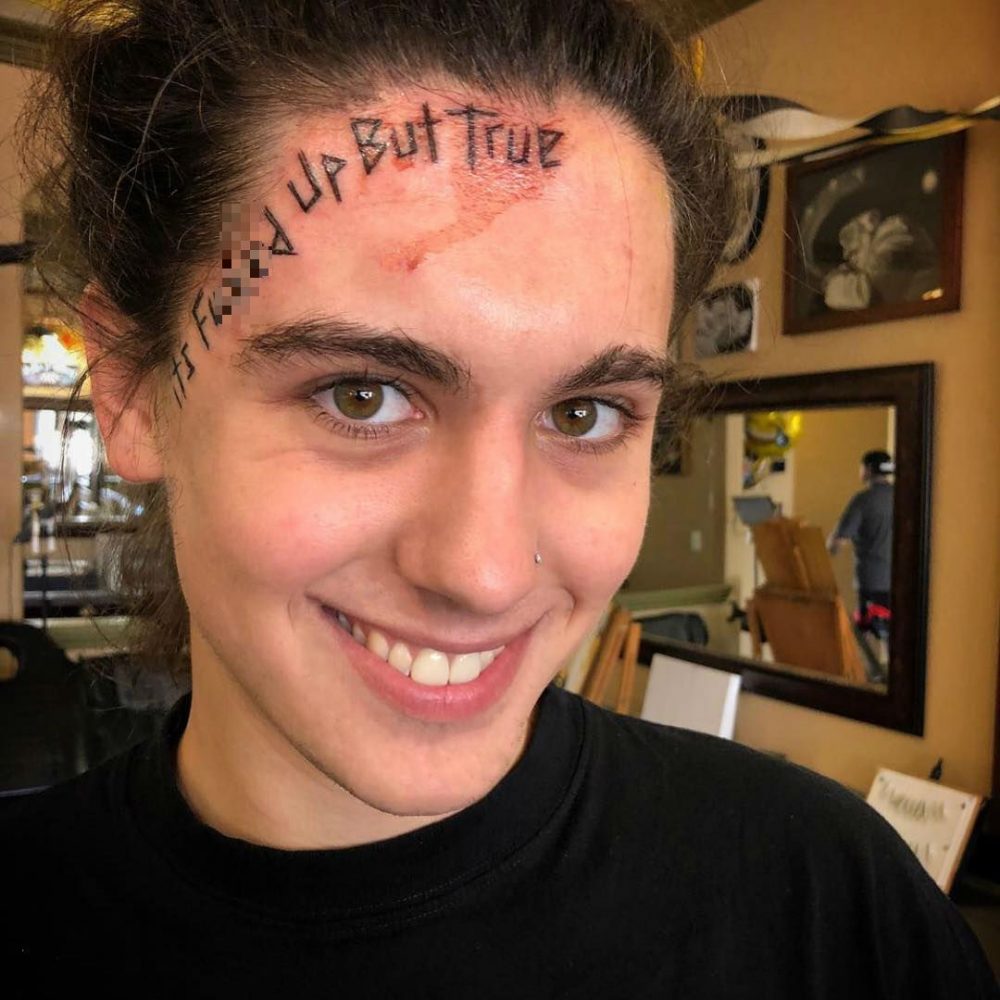 I went to Lavish Tattoo on EL Cajon after believing it was my duty to get the tattoo.

I remember laying down and having a rush of the universe smacking me all over my brain and body.

I was tripping really hard and the universe told me the phrase: ‘It’s f***ed up but true’.

You get a lot of adrenaline when you’re getting your face tattooed, so you don’t feel much at all.

My first thoughts were: I love it! It is fitting for the current state of the world.

Well, at least someone likes it. His parents and family obviously absolutely hate it, his friends say it’s keeping with his personality and most people he meets in the street just think he’s an idiot. To be fair after talking to him for a few minutes and realising that his name is ‘The Moniker Of Sadness’ they were probably going to think that anyway, so he might as well save them the bother of actually having to talk to him by marking his face with a giant warning flag ahead of time. Some would say he’s doing the world a favour.

For more face tattoos, check out this guy with a giant DEVAST8 tattoo who can’t understand why he can’t get a job. Loser.