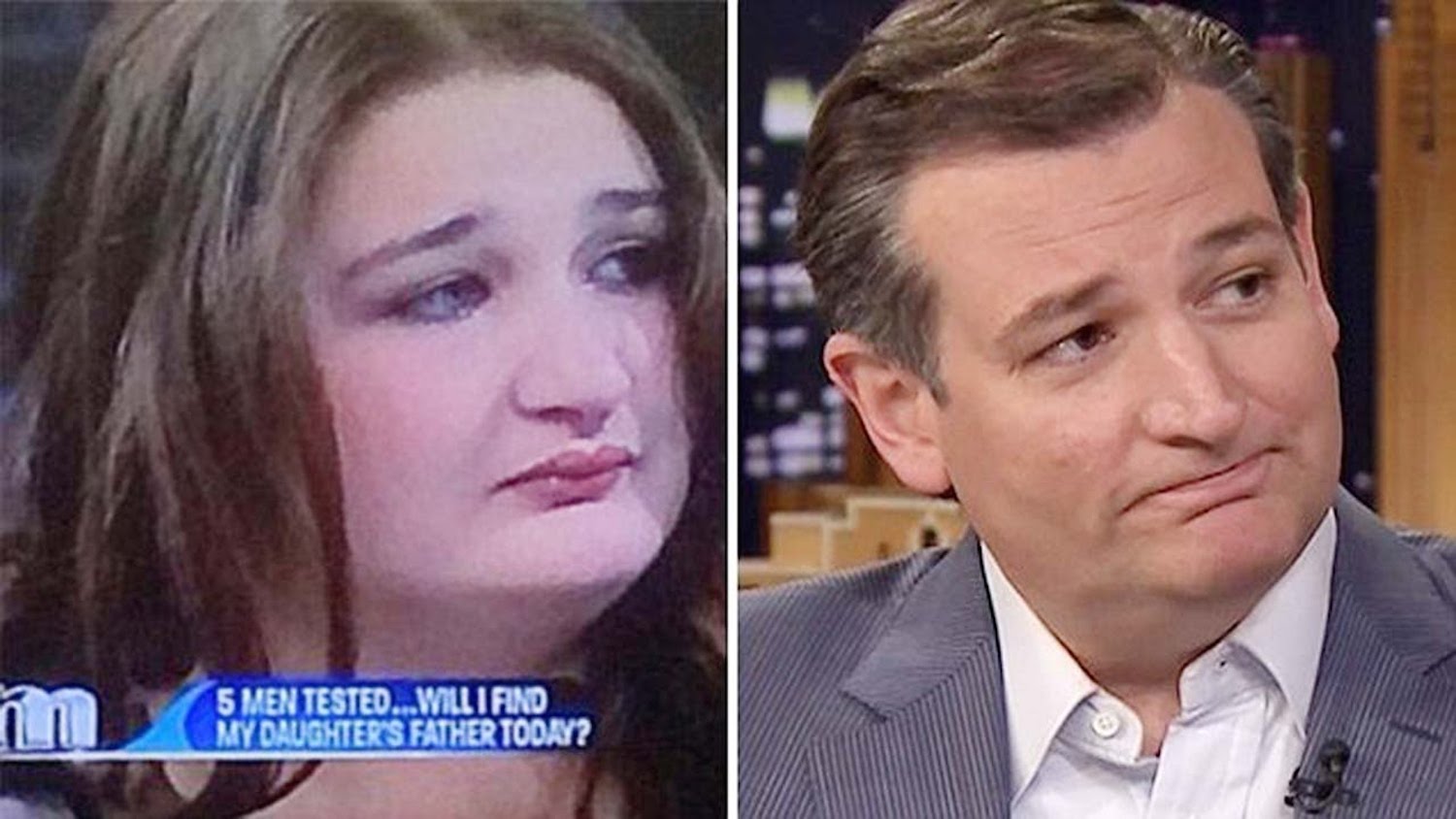 They need to get a Trump lookalike involved.

21-year-old Searcy Hayes made the headlines last week after appearing on the Maury show, looking suspiciously like a long-haired Ted Cruz.

He added that while it is highly unlikely Cruz is going to film a sex tape (I’d sooner put money on Trump and Melania), Hayes is the next best thing. She said:

I’m fine with it because everything is going to support my family.

I want to get my son whatever he wants.

And her fiancé added:

We want to buy a truck, pay off our house and we might get married.

It’s kind of exciting and shocking to know she’s [Hayes] famous — she’s more famous than Madonna! I’m with a star.