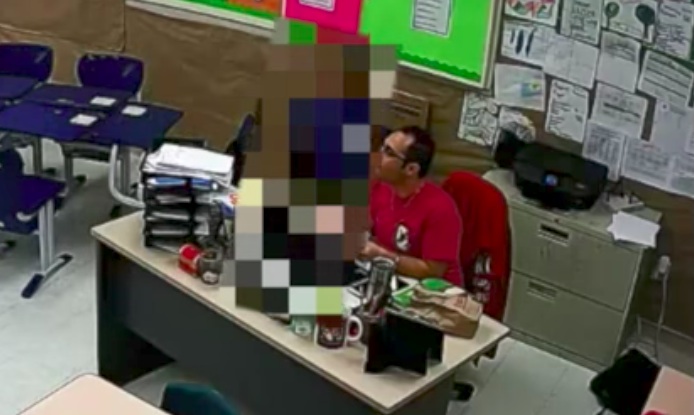 A 28-year-old teacher over in the US named Boca Raton has been arrested after he was caught on CCTV kissing a male student in his classroom.

Apparently, the boy and his sister told the police that this was not the first time that this had happened, and that he had even traded kisses for sweets. Disturbing stuff.

Shockingly, Raton’s attorney Kristine Rosendahl has said that he is planning to continue his career as an educator whilst he is on probation. Surely that is the absolute worst idea ever? Not only has this guy been accused of bribing students into kissing him, but they’ve even got film evidence. The last thing he should be allowed to do is to step into another classroom. What a disgrace.

For more teachers who should be fired from their job, click HERE.