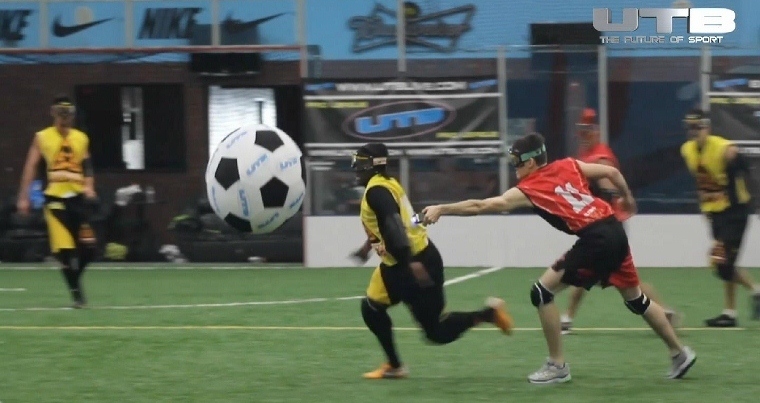 Taser Ball is a new sport that will separate the men from the boys. The future? I’m not so sure.

The future of sport is here. Fvck badminton or bowls, this sport will really separate the pussies from the alpha males.

Taser ball involves 2 teams of 4, a massive ball and a load of electric shocks. The aim is pretty much like that of football, you’ve got to get the ball into the opposing team’s goal, except you don’t really kick the ball – although I expect you can if you choose to – and most players tend to carry it instead. You also don’t tackle the other team and more or less attack them instead with the taser gun you’re given.

Players get electro-shocked around 35-40 times a game and if you haven’t been tasered before then apparently it feels like a rubber band being snapped on your skin. One of the players describes the feeling as like that though and he’s probably used to it/hasn’t got any feeling left so it probably hurts a lot more than that.

So far, there are 4 official professional teams: Philadelphia Kilawatts, San Diego Spartans, Toronto Terror and Los Angeles Nightlight. If any of you fancy giving this sport a go then it looks like you’re gonna have to move to the States because travelling over there once a week for a game will rinse your £ and our government is a load of bollocks so it’s imaginable they’d never pass the sport as a professional one. I can see it going underground if it has enough of a following, like dog fighting or bare-knuckle boxing.

Here’s a video of it so you can see for yourself what it’s all about.