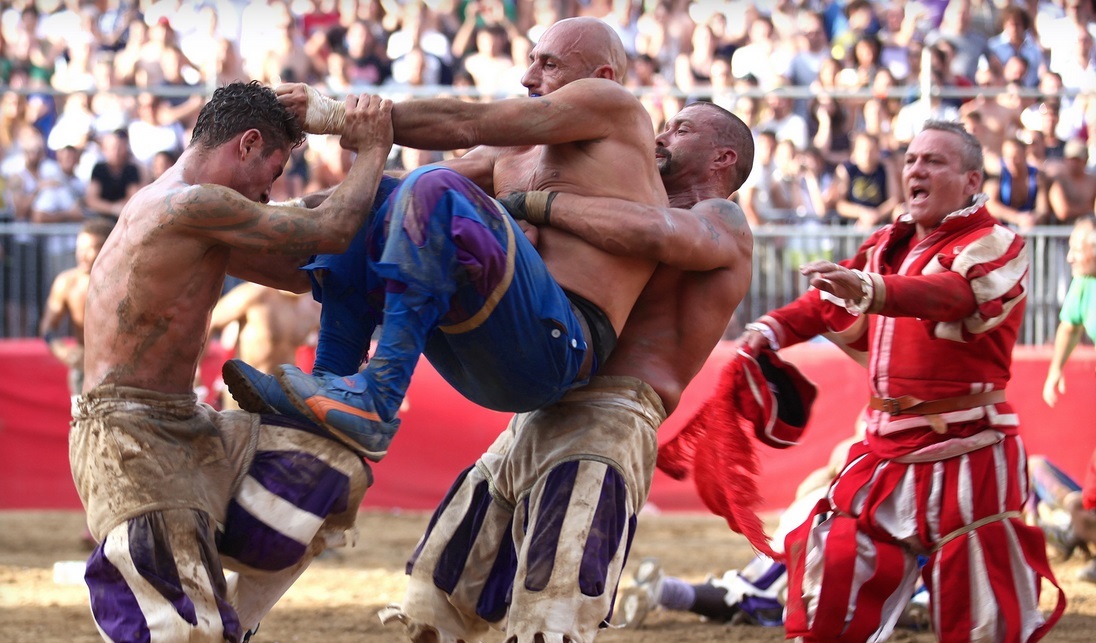 Calcio Storico is no joke.

If you thought that bare-knuckle boxing was the most brutal sport in the world, then you would be wrong because it turns out there’s a game that is even more savage – Calcio Storico. This annual sport combines the already ruthless practice of bare-knuckle boxing with rugby.

The aim of the game, which has been played every year in Florence for centuries, is fairly simple: the teams have to score more points than their opponents by throwing the ball into goals at the end of the pitch. But they are allowed to do so by any means necessary, including tricks such as head butting, punching, tripping, wrestling and choking. The only forbidden moves include sucker punches and kicks to the head – everything else is fair game:

There’s so much going on in one game, I don’t know how the audience members keep up.

Due to the sport’s long-running tradition, the men who take part in this barbaric and bloody game are happy to do so despite the risk of being hurt, as the brutality is what makes them feel at one with their city. Whatever floats your boat, I guess.

Do you know what makes me feel at one with my city? A dirty drunken kebab.