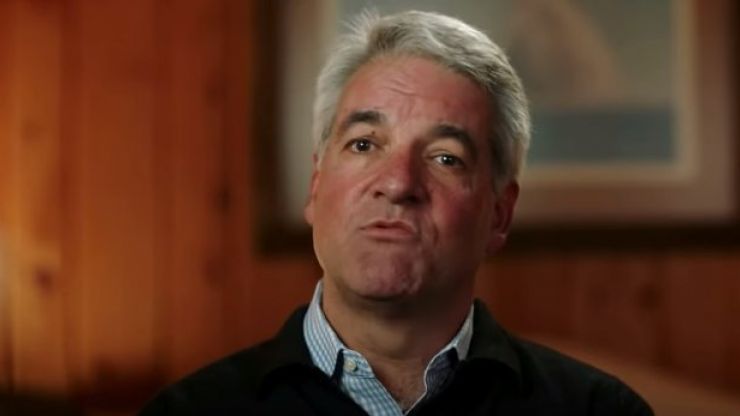 The Fyre Festival documentary has been one of the biggest success stories of the year so far and you can’t really go out anywhere without someone bringing something up about it.

The moment that always gets mentioned is when 58 year old event organiser Andy King was willing to ‘take one for the team’ – give some customs guy a blow job in order to get the shipment of Evian into the the country so the festival goers had access to water. Of course we all know he didn’t end up having to do that, but his sheer willingness to do whatever needed to be done endeared him to a lot of people at home.

And so to to the TV bosses who now are tapping up Andy to from his own show, presumably about some kind of event management escapades. Here’s what he had to say about his new opportunity:

Andy King has seen all of your FYRE Fest memes — and he loves them! pic.twitter.com/mCNgDoHpjW

I had three TV show offers this week, from notable networks.

You’re too young to remember this, but in the old world of TV it was The Carol Burnett Show and these fun, light-hearted shows that weren’t all crime-related.

You see the attractiveness of HGTV [Home and Garden Television] today. People love Flip or Flop or Fixer Upper. Let’s just say it’s going to be a show about hosting crazy events – what it takes to make them happen.

There will be cliff-hangers, and you’ll get to follow me around and see how I pull them off.

I think I’m being given a platform that a lot of people, at age 58 especially, don’t get the opportunity to have. And I’m kind of excited about it.

I mean yeah, it sounds like it’s probably going to be fairly entertaining, whatever the concept ends up being. Hope he does actually end up having to suck dick or equivalent on this show though as you’ve seen what he’s willing to do to make things work and you can bet that everyone involved knows that as well. Will be an interesting watch for sure.

For more of the same, check out the trailer to Fyre Festival. Surely you must have seen it by now?