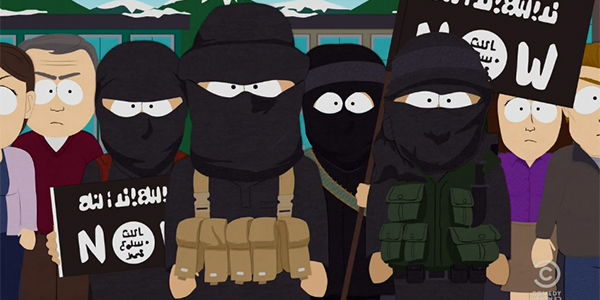 Fighting terrorism with comedy is something we can all get behind.

ISIS may be some of the most brutal of terrorist groups on the planet right now but bombs won’t be the only way to fight them. A Syrian comedy team totally ruins them in their sketch videos and I promise you, they are funny as fuck. Check one out down below.

Yep, that’s one way to turn horror into comedy. In another of their videos they depict an ISIS recruiter sitting on the side of a road, smoking, drinking, and jamming out to Arabic pop music. He is shown checking his Facebook and taking a selfie when a bloke walks up,  he scrambles to put out his smoke, hides his wine, and switches the music to religious with a quickness. They exchange greetings and the recruiter proceeds to strap a bomb to his waist and sends him on his way. An explosion is heard and then the guy goes back to his drink and pop music. Pure comedy right here.