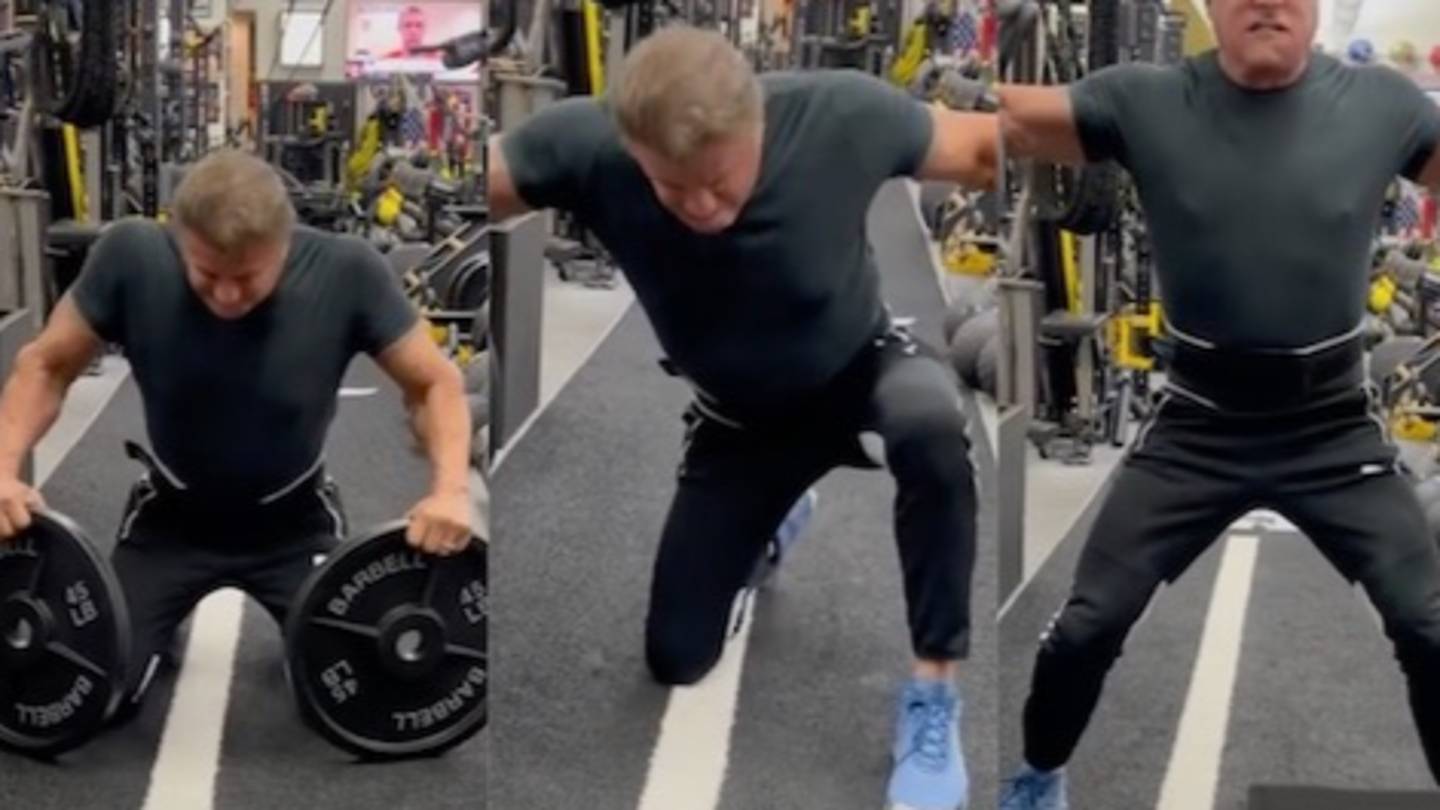 Sylvester Stallone is known as one of the most muscular guys in showbusiness – or at least he was, although I don’t think he’s really slowed down – so it’s kind of weird that loads of people are accusing him of faking his latest workout, but you can kind of see why when you see the footage.

Stallone posted up the video on his Instagram a couple of days ago where he’s kneeling on the floor with two 45kg plates, before he holds them by his sides and then stands up whilst grunting a lot, implying that it’s actually a really hard undertaking. However, both someone on TikTok and a famous fitness YouTuber have both accused him of faking it by saying that they don’t think that he would be able to do this now and that even if he could then he wouldn’t have used that kind of technique to do it effectively. It’s literally like nothing any of them have ever sen.

Here’s the video and YouTuber Simon Miller had to say about it:

Not gunna lie when I first saw it I thought Sylvester Stallone was just having a little bit of a joke – he’s making really weird noises and it was like no lift I’ve ever seen before.

The word ‘heavy’ is in inverted commas on his post, so maybe that implies that Stallone didn’t mean for the video to be taken seriously?

I just can’t figure it out.

Yeah, having watched it I don’t think he’s meant people to take that seriously because it’s a very silly video the way that he’s presented it, but who knows? If those ‘pros’ can’t figure it out, then there’s no way I can, but it definitely doesn’t look real to me. Make your own mind up.