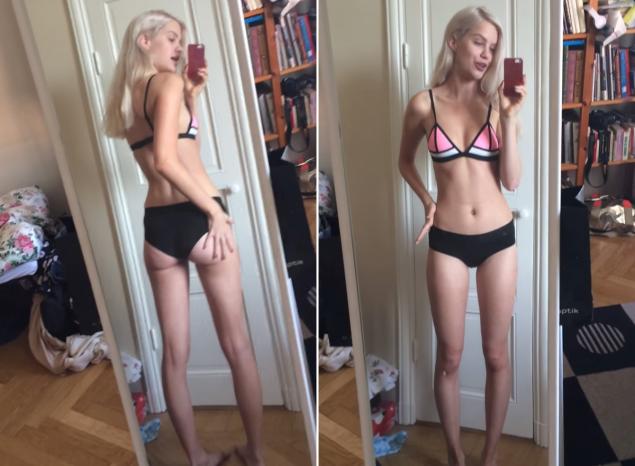 Is this Swedish girl’s butt really too big for the fashion industry?

19 year old Swedish model Agnes HedengÃ¥rd is hitting out at the ridiculous standards of the fashion industry after she was told by certain large companies that she’s “too big”, despite the fact she’s classified as underweight.

She describes how even with a BMI of just 17.5, she gets told to “get into shape” by agencies and clients, and it’s resulted in her having to leave full-time modelling because she can’t get any work:

It would be nice if she could name the companies who told her she’s too big, because it’s an outrageous thing for them to say that they really should be made to give some kind of explanation or rebuttal for. I guess by naming them though her chances of modelling ever again would be properly squashed.

In contrast, here’s the girl with the ‘perfect butt’ who the world’s top brands use to create their jeans. Doubt she has much trouble finding work.