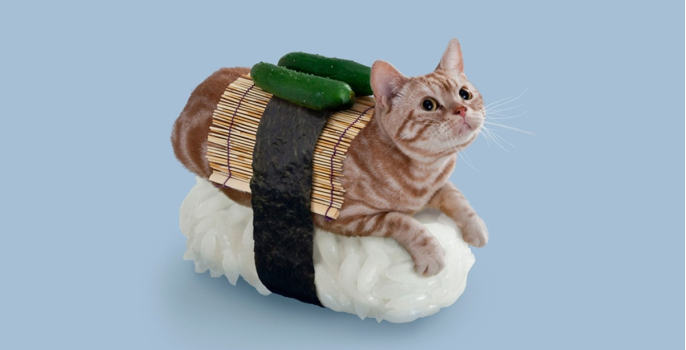 It’s World Cat Day. What better way to celebrate than with hapless felines looking a bit puzzled as they are dressed up as a popular Oriental foodstuff?

It is a truth universally acknowledged that if there’s one thing the internet loves more than anything, it’s cats. Combine this with something else the internet goes apeshit for, namely food, and you have a precision-engineered formula for success which will make servers worldwide groan under the sheer weight of internet traffic.

But who would even dare to try and splice these two titans of digital content together? Who would have the vision? The focus? The BALLS?

I’ll tell you who; the Japanese. They’ve only gone and made bloody Sushi Cats. 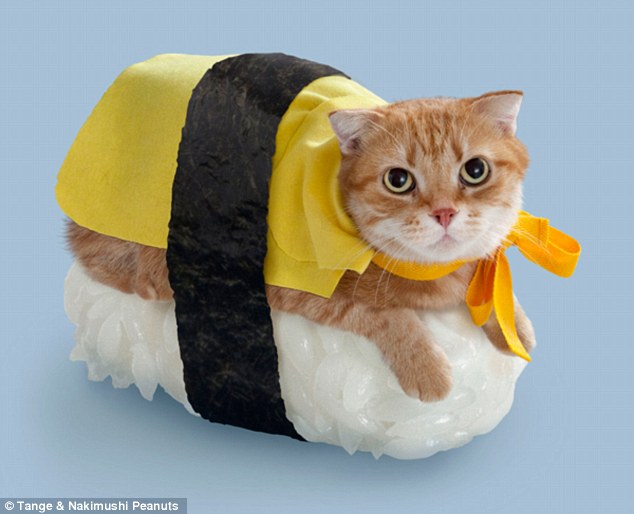 Sushi Cats, or Neko-Sushi, have been created by the Tange & Nakimushi Peanuts company as part of an advertising campaign that is capturing the hearts of cat lovers, sushi fiends and insane people across the globe. 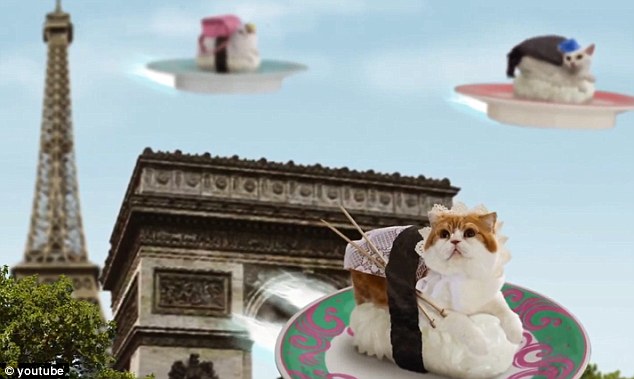 These images were not created by forcing cats to sit down on giant mounds of sticky rice and having huge sheets of nori wrapped around them. Instead, they were made with cunning Photoshop sleight-of-hand, thereby sparing people near-biblical levels of scratching, hissing and yowling had they tried to force some stroppy felines to do it in real life. 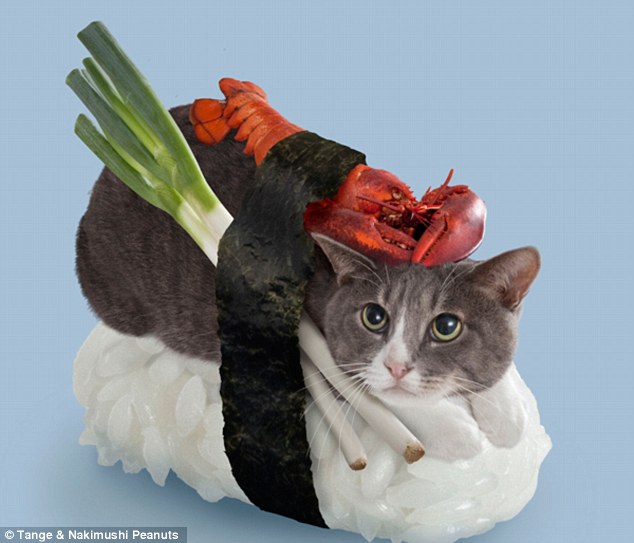 While some of the moggies look totes adorbs in their pictures, others look a bit freaked out by the whole thing; 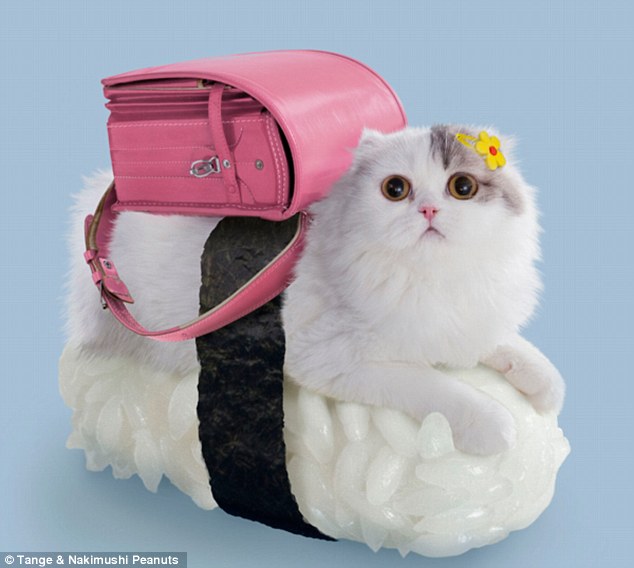 â˜› Further Insanity From The Far-East: Bread That Looks Like A Vagina

And being that this is Japan we’re dealing with here, a nation that doesn’t believe in doing anything by halves, the good people at Tange & Nakimushi Peanuts have even made a video chronicling the history of these noble beasts. It is, as you would imagine, totally bonkers.

Since the introduction of the Neko-Sushi campaign earlier this year, Japan has gone nuts for it and the loveable pets/snacks have taken on a life of their own. They have their own smartphone app as well as an online store with all the Neko-Sushi merch you could throw your Yen at. Here’s one of them battling a fearsome Kaiju. Go get ’em, little guy! 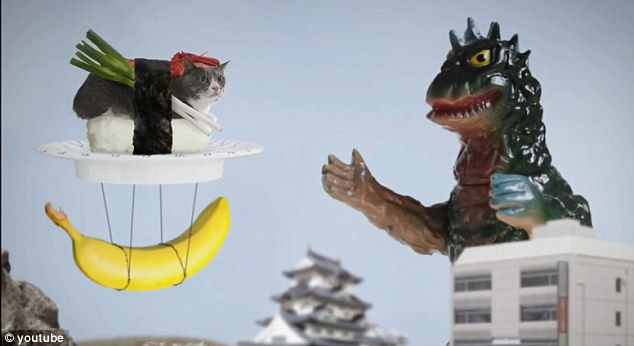 Here’s hoping they get own anime next. Also, writing this has really made me want sushi for lunch. Not with any cats in it, though. That would be weird. 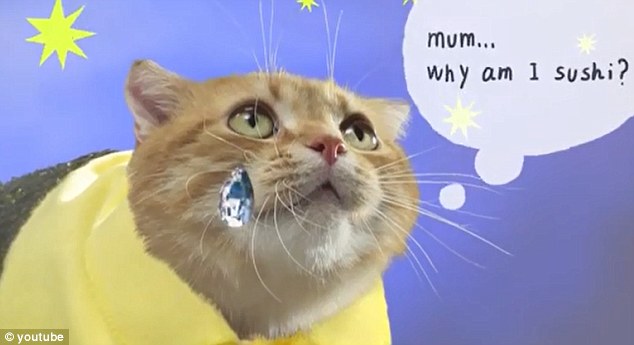 (No cats were harmed in the writing of this feature)