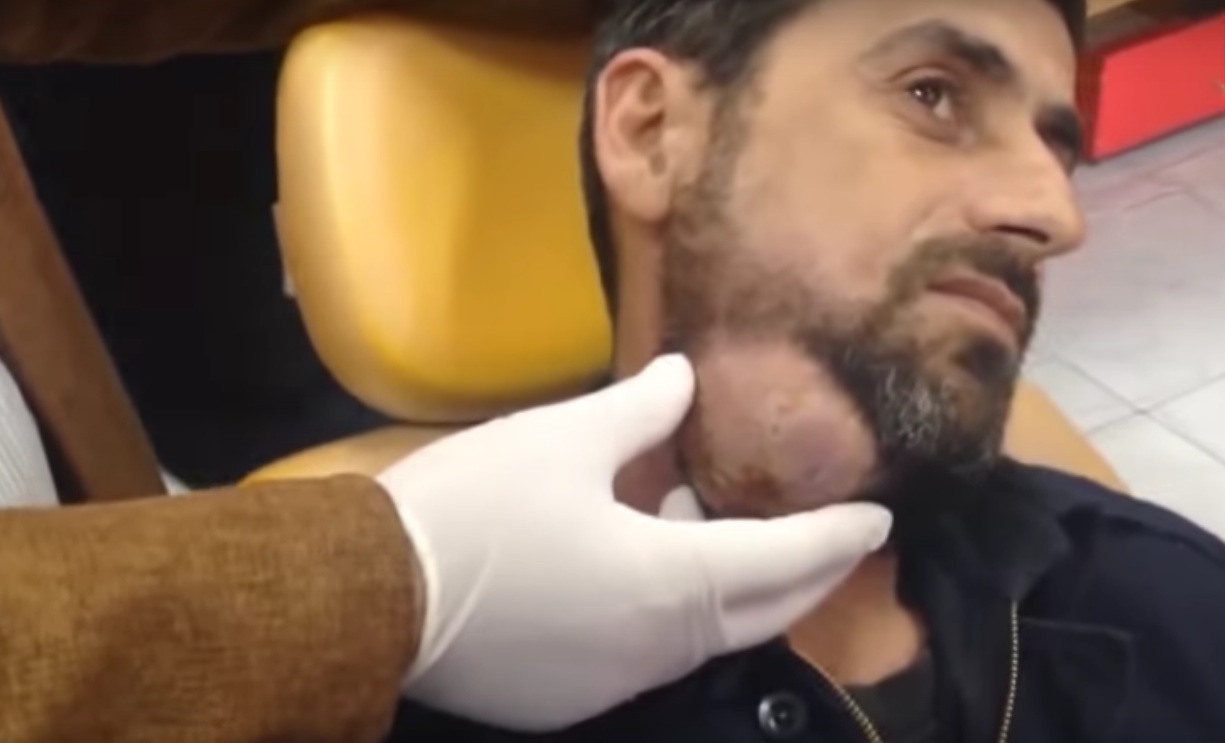 This puts the ick in sickening.

Spots – we’ve all had them and at the worst possible moments. Whether it is on your nose before a night out or on your forehead on the day of a job interview. They tend to raise their ugly, puss filled heads at just the wrong time.

However, whilst we contend with unfortunate mole hills on our faces daily, a Syrian surgeon had to pop open a literal mountain of pus and blood that was growing on his patient’s throat. In the horrific 50-second video (which is strictly NSFL unless you want to make your colleagues vomit) a never ending stream of mustard-coloured pus comes pouring out of the man’s throat and took an unbelievable 20 minutes to clear.

The Doctor, Osama Makkia, said he couldn’t believe the size of the cyst and that “if it hadn’t have been drained, it would have got bigger and bigger” meaning the patient was forced to go under the knife.

The cyst had only been SPOTTED (see what we did there) four days earlier and had grown at a freakishly rapid rate in that time. However, whilst this may look uncommon to the average eye, Dr Makkia says he sees plenty of these in his job due to the poverty in the area and bad oral health:

Unfortunately, abscesses are very common and I have done several similar procedures in the past.

I predict this won’t be the last.

Would rather you than me, mate. Still, at least it gives him a reason to call in sick tomorrow.