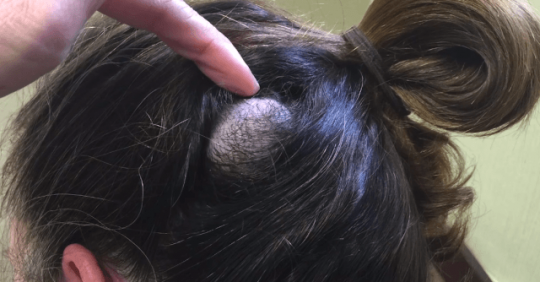 Prepare to get disgusted.

There isn’t really anything more satisfying than being completely grossed out by something being pulled out of somebody’s body or some weird part of it exploding and loads of ooze coming out of it, which is why YouTube videos like Dr. Pimple Popper are so popular.

In her latest video, Dr. Pimple Popper is disgusted even before she’s popping the cyst because it’s one of the biggest ones she’s ever seen. Here’s what she had to say:

It’s when I cut into it later that I was shocked to find that the contents were a thick very dark liquid.

If that had broken while I was still removing it, that would have made an enormous mess.

That’s a little disturbing to me and I’m so thankful that I removed it intact!

No shit. This is a bit icky and quite graphic, so if you’re about to eat your lunch maybe give it a miss. The actual removal is really gross, but when they pop it (as she says) it’s even more disturbing.

Fucking rank. I can’t believe those kinds of things actually end up growing out of people’s heads. What the hell is that brown liquid that looks like shit? Absolutely gross.

For more of the same, check out the world’s biggest bogey getting removed from someone’s nose.