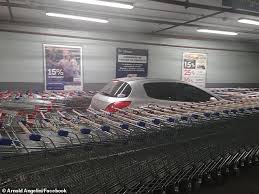 It’s always tempting when you head to the supermarket – or the retail park or anything with a big car park – to park in one of the trolley bays as they’re usually way closer to where you want to be than the space on the very edge of the car park – but most people reading this probably don’t do that because it’s a complete and utter dick move.

However, there are definitely some assholes that do it because all of us have seen it happen, but it doesn’t seem like they ever get any grief or punishment for being major knobs. Someone has finally stood up for the little man though and decided to pen one of these dickheads in the trolley bay with a whole bunch of trolleys seven rows deep – ain’t no way this guy is getting out.

The picture is taken from over in Buenos Aires in Argentina, where a guy named Arnold Angelini shared it on Facebook where it quickly went viral. He said the following: 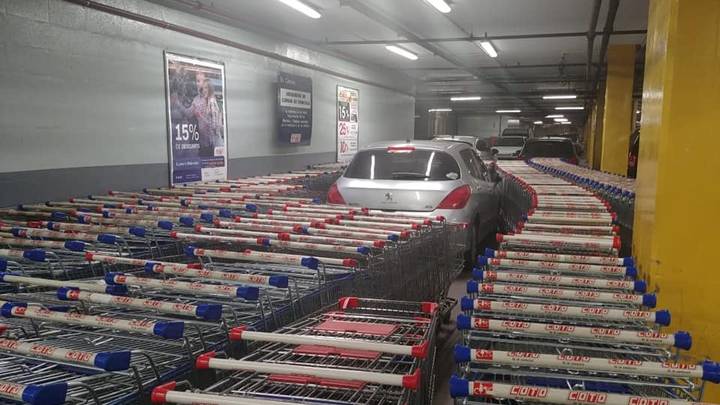 My partner took the picture. The unusual thing is that the car was really badly parked and the changuitos [monkeys] put them later. He parked where he wanted. Sometimes there is no place and you have to look elsewhere, but the most laudable thing is what the employees did: it is their job and they are tired of the same thing happening to them.

What if there had been an emergency? People do not respect each other, it is a matter of living with values within society. I didn’t see when he got out of there, frankly we didn’t see him. This went viral because a friend asked me to share it. 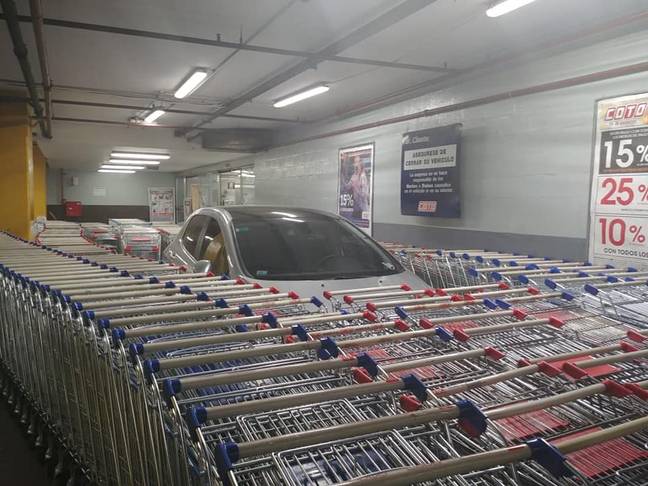 Yeah I think some of that probably got lost in translation right because I haven’t really got a clue what he’s talking about there? Still, pretty funny to see some dickhead get his car blocked in. Only wish there was a video of him screwing when he saw it, that really would be the icing on the cake.

For more of the same, check out this kid throwing a trolley onto a dual carriageway. What a moron.