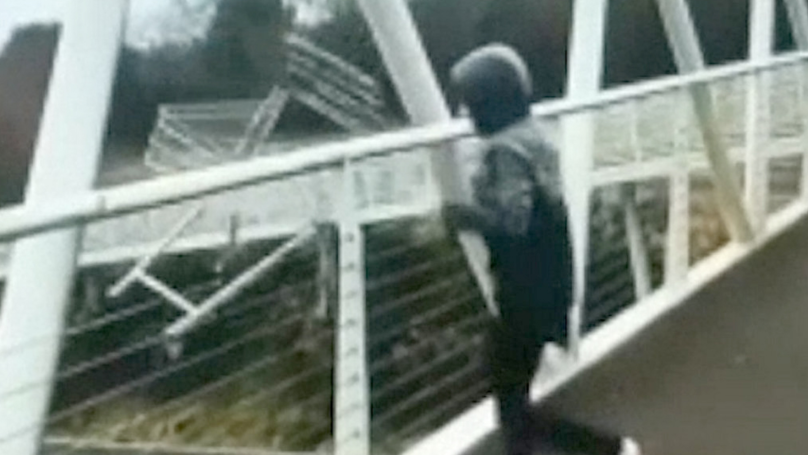 Police are searching for the idiot.

There are some things in life that you just don’t do because it’s so obvious that performing them might actually harm another human being or even worse end in their death. You know, things like throwing stuff off the top of skyscrapers or any high surfaces – it’s a no brainer that these activities aren’t a good idea and are going to benefit/impress nobody.

So I really have no idea what the little idiot in the video below was thinking with his actions in it. For some reason, he’s decided to take a shopping trolley up onto a bridge and then throw it off the top of it onto the busy dual carriageway below. To say this is beyond stupid and could have ended in the deaths of multiple people is somewhat of an understatement:

Sickening. I’m not sure who good running off is going to help the kid as you know, his mate is filming him on his phone, but I suppose it at least means that he has some recognition of the fact that what he’s doing is completely and utterly wrong and he should not be doing it under any circumstances. Clearly a smart guy.

Anyway, you’ll be pleased to hear that no injuries or deaths occurred as a result of his actions, but needless to say the police are looking for him in connection with this incident. The kid was filmed between Tesco Vale and Ikea, above the busy A379 in in Exeter, Devon and is described as being between 14 and 16. If you’ve got any idea who it is, hit up the cops because there’s no condoning that kind of behaviour.

For more trolleys, check out this story about a guy dying because he rode a trolley at 50mph. Ouch.