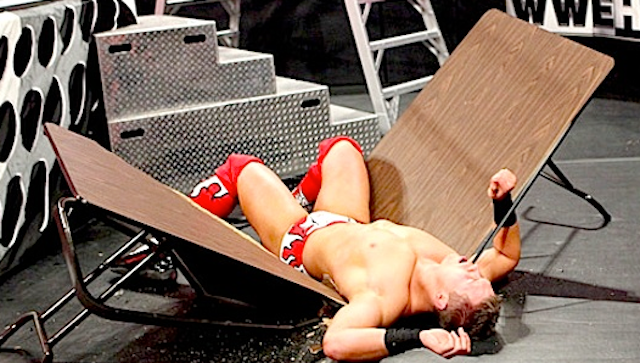 One of the oldest debates in the book is that one about whether or not wrestling is real or fake, and even when you know everything about it there’s still probably a pretty convincing argument for either side of the debate.

This video clearly shows you that it isn’t 100% fake though, because if it was then all of these table would have broken when they were supposed to have done, instead of not breaking and probably making it way more painful for whoever was wrestling in the match. Definitely not fake.

If you don’t believe us after watching this video, check out the pictures from Mankind V Undertaker’s legendary 1998 Hell In A Cell match and then tell us it’s fake.