What exactly is a super injunction? Why are they part of our legal system and why are footballers using them? Let me explain all.

Forget the fashion of breaking metatarsal bones, the new thing the worrying world of footballers is super injunctions. Most pundits thought a metatarsal was some sort of South American left back before David Beckham predictably started to set the trend a few years ago. Not content with simply showing off their self proclaimed war wounds around the training ground the pampered sportsmen are taking winning their bragging battles to a whole new level – super injunctions.

It might have started off with mere injunctions, but no self respecting premiership star was ever going to settle for that, and so the super injunction was born. So gone are the days when the lads would gather round the car park to salivate over their new super cars as that, it appears, isn’t enough to float some of their boats. And that’s before we even dust off our boat shoes to discuss the yachts.

What Exactly Is An Injunction? 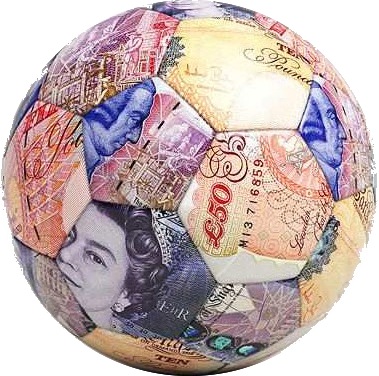 By dictionary definition, an injunction is an equitable remedy in the form of a court order that requires a party to do, or to refrain from doing, certain acts. A party that fails to comply with an injunction faces criminal or civil penalties and may have to pay damages or accept sanctions. In some cases, breaches of injunctions are considered serious criminal offences that merit arrest and possible prison sentences.

It has been argued that if the media were allowed to report that footballer X had taken out an injunction against model X that the greater public would simply put two and two together and come up with five in a bed even if it never happened. The clever bit, or sneaky, as others like to describe it, comes to protect the claimant and his family resulting in anonymity.

So in layman’s terms a super injunction is a similar binding contract  which stops football celebrities from being named. In fact, the super injunction is s a similar document to the very ones those same players sign every second or third year. The ink is hardly dry on the paper of their playing contracts before you hear them promise to represent their club, and in some cases country, with nothing but pride and dignity on and off the pitch. Can anyone see the irony here?

These super injunctions have risen to prominence and popularity thanks to the selfish acts of the same groups who at times can be seen actively trying to get their own fellow professionals booked or sent off for the most minor misdemeanours. Perhaps the police on the beat should adopt a yellow and red card penalty scheme whenever they spot a footballer misbehave in public. Could that be the only language they understand?

The thing is, super injunctions weren’t even created for the footballers and celebrities who are now using them as their first line of defence. Super injunctions first arouse when the he Attorney General devised them on behalf of the Government to protect some of the most notorious criminals in the country. Super injunctions were only later extended to include anonymity for those who wanted to stop the press from delving too far into their personal lives, however, the courts have made it clearly that if there’s any morsel of public interest in the truth coming out then no such injunction shall be granted.

So in short the people benefitting from the legislation of super injunctions are the ones who early in their careers courted media interest to fuel their fame only then to eventually hide from the truth and avoid the ones who made them famous in the first place.