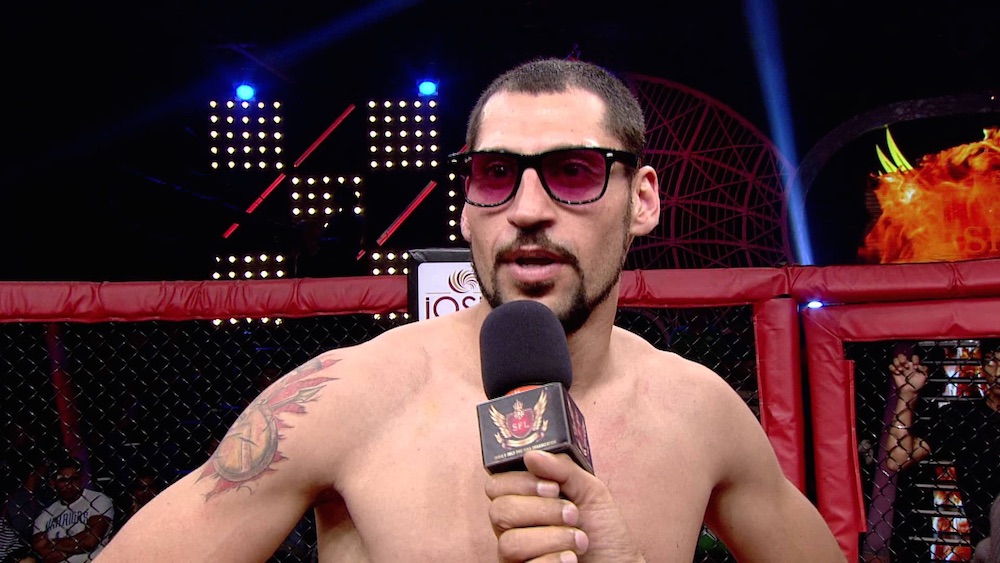 You’ve got to love it when this happens.

It’s fair to say that in any sport involving one on one competition an element of cockiness and bravado is essential, as it goes some way to intimidating your opponent and making you seem like the ultimate badass. However, it’s imperative that if you’re going to act like that then you also have the chops to back it up.

Unfortunately for this dude Jason Solomon , he 100% doesn’t have the skills to be testing his opponent Amitesh Chaubey with his brash entrance and wannabe intimidating showboating. Instead, he’s KOed after 10 seconds following some absolutely brutal punches from Chaubey. Oh dear.

Wow, yeah. Like the video says – don’t be that guy.

I kind of feel sorry for all the people sitting at their expensive looking dinner tables (???) who only got to see about four seconds (nine technically but he’s on the floor for most of that) of the fight they were so obviously excited for. I guess that’s the way the cookie crumbles sometimes though.

If you enjoyed that, then check out this cocky tattooed MMA fighter acting like an absolute dick and then getting knocked out in the slightly longer time of 20 seconds.