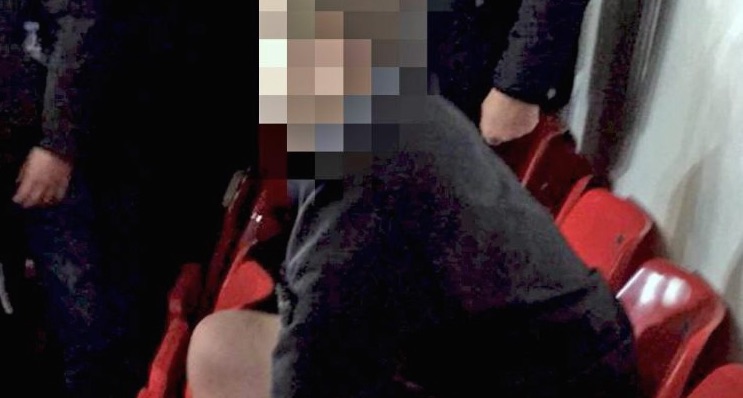 At the weekend, the last year or so of being a Sunderland supporter – a year where the football team has failed to win a single match at home – truly hit rock bottom after a fan was pictured being so disgusted that he dropped his pants and dropped a turd right there in the stadium. Poetic.

For a couple of days, everyone wondered who the culprit could possibly be until it was revealed by the Daily Mirror that it was 17 year old Callum Mawson. The Sunderland season ticket holder swore to God he didn’t actually drop a deuce in the Stadium Of Light, but instead was so drunk that he didn’t know where he was and must have thought he was on the crapper.

This story was corroborated by the fact that Callum had drunk 12 bottles of Budweiser and six pints of Strongbow Dark Fruits before the game, whilst also only eating two chocolates from his Advent Calendar. He had also arrived home from a party at 8am and started drinking at 9am, so you know, double trouble too.

Here’s his statement in full or watch the video, whichever you prefer:

I am apologetic for it, I am sorry. I didn’t defecate on the seat, that’s the God’s honest truth. I can’t recall any of it.

I got to the ground, sat in my seat and the next thing I remember was I was being in the holding cell in the stadium.

I didn’t find out about the whole incident until half 11 at night when my friend told me. It was all over Facebook. Gary Lineker had put it on his Twitter.

It’s embarrassing, I’m ashamed. I didn’t even know what I was doing.

I think I must have been so drunk I thought I was on the toilet. That’s the only thing I can think of. I wouldn’t have done it for no reason.

I don’t know what was going through my head when I did it, I really don’t.

There’s been people messaging me giving me hate. I don’t want people to think I don’t care. I am ashamed of it.

There is no excuse for what I have done, I regret my actions, but there is no need for such hurtful comments. I understand why it’s had so much attention but I don’t appreciate the lies.

I have been suspended from work because of it. I think I’m going to get sacked, to be honest.

I’m slightly worried it will affect getting a job. But it wouldn’t affect my work life – I’m not going to come to work drunk.

I’m not usually like that. It’s just a one-off, I’m not sure why it’s happened. I’m going to have to watch what I am drinking in the future.

My mam and dad are going to support me through the whole thing.

I think the club will ban me. I’m going to be upset of I’m not going to be able to go to the home matches any more. But I can’t feel hard done by – it’s my fault, I have done it.

Geez. Sounds like a whole can of worms has opened for him there. It’s pretty harsh to get sacked from your job for something that happens outside of work hours, but I suppose that is unfortunately the culture that we now live in.

Kinda harsh it didn’t even turn out to be true as well, although if you’re gonna get that battered before going to a football match then only bad things are probably going to happen. Sounds like this kid has learned his lesson at least though.

For more of the same, check out this woman casually dropping a poo on the supermarket floor and a guy walking into it. Rank.